Zack Snyder has been working on blockbuster films for the last decade or so. Now with the end of his directing work at Warner Brothers, he's had some free time on his hands.

Wanting to limit himself after years of access to big budget VFX and fancy cameras with a range of lenses - Snyder put together this dialogue free short film with only an iPhone. Using a small crew of friends any family Snyder produced a really stunning piece of art reminiscent of the Watchmen opening, i.e lots of slow motion, macro-closeups and people screaming. The film has brief moments of nudity and some graphic moments - so just a heads up on that.

The synopsis for the film is also very classic Zack Snyder, not describing the film really at all but just describing visuals.

The SNOW STEAM IRON. Snow gently falls on the blood-stained streets of a seedy out-of-time New York City. Steam envelopes the nightmare unfolding within its narrow alleys. Iron is the will of the one who would dare to resist…fight…survive.

The film can be found on the new social media site Vero. Vero aims to change the way that social media works, no ads and no facebook style algorithyms. Watch it here. 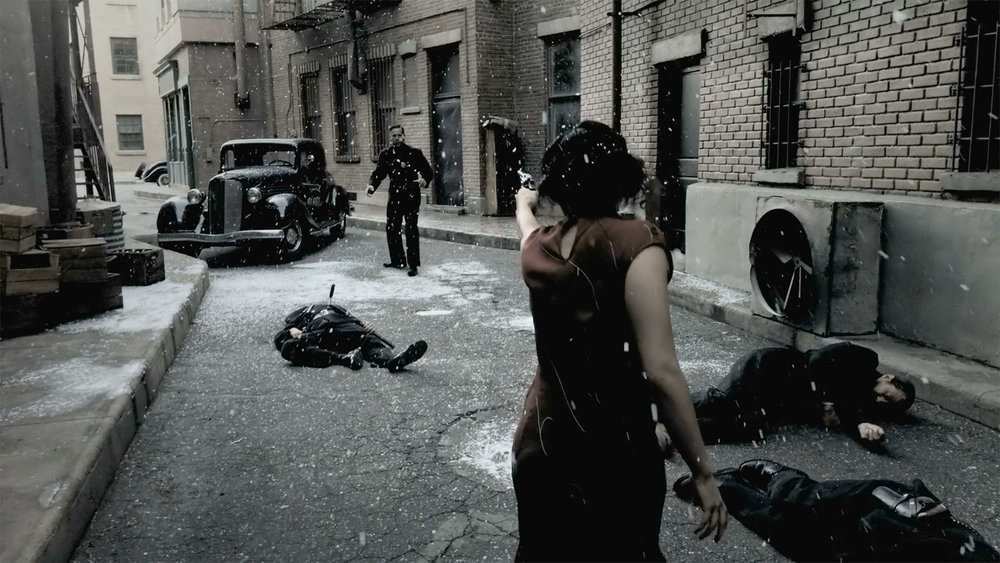 Synder's next full length film is currently in pre-production, and reunites him with 300's co-writer Kurt Johnstad. The film The Last Photograph is a script that Snyder has been working on for years and involves the story of two men and the photo that inspires them to go to Afghanistan.

Captain Marvel's Brie Larson to Present at The Game Awards 2020