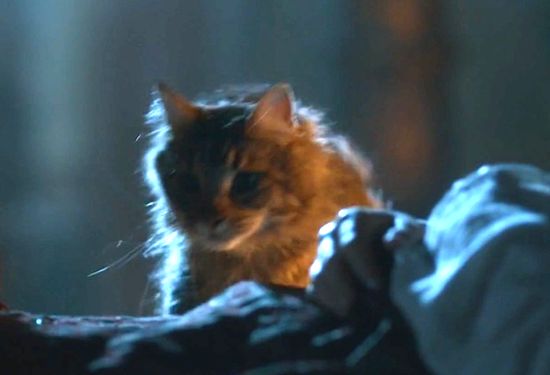 George R.R. Martin was a guest on last night's episode of Conan. He and host Conan O'Brien talked a bit about Ser Pounce, the cat who became an Internet sensation after debuting on Game of Thrones. "We do have Ser Pounce, the cat, who appeared in a recent episode. He's very popular. We may do a spinoff about the adventures of Ser Pounce…the Internet went crazy when Ser Pounce appeared." Obviously Martin is joking, but who wouldn't want to see Ser Pounce get his own solo adventure series, am I right? Game of Thrones airs Sundays at 9 PM ET on HBO.

Game Of Thrones: Ser Pounce Could Get A Spinoff?