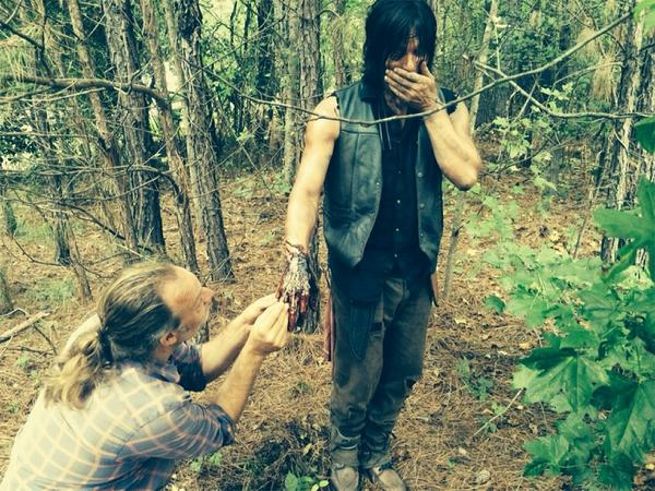 Either Norman Reedus just dropped a major spoiler for The Walking Dead Season 5 or he's just a big tease. Earlier today, Reedus tweeted out a photo of special effects guru Greg Nicotero attending to his character Daryl Dixon's hand. Along with the photo, Reedus teased, "I said yes."

At first glance, the photo could be written off as Reedus just making a joke about how it looks like Nicotero is proposing to him and putting a ring on his finger. However, upon closer inspection, there appears to be something seriously wrong with Reedus' hand. Is it infected or is it just covered in walker blood and guts?

Spoiler Warning: In the comic books, Rick Grimes loses his hand, but some of the things that happen to certain people in the comic books often happen to different people on the TV show. Could Reedus be teasing that Daryl will lose his hand instead of Rick?

If there was any doubt from the first photo, then the second photo Reedus shared seals the deal. Reedus followed up his Nicotero proposal photo with a photo of his hand on the ground with a wedding ring on it. The hand is shown in such a way that it looks like it has been severed. Along with the photo, Reedus wrote "Divorced." 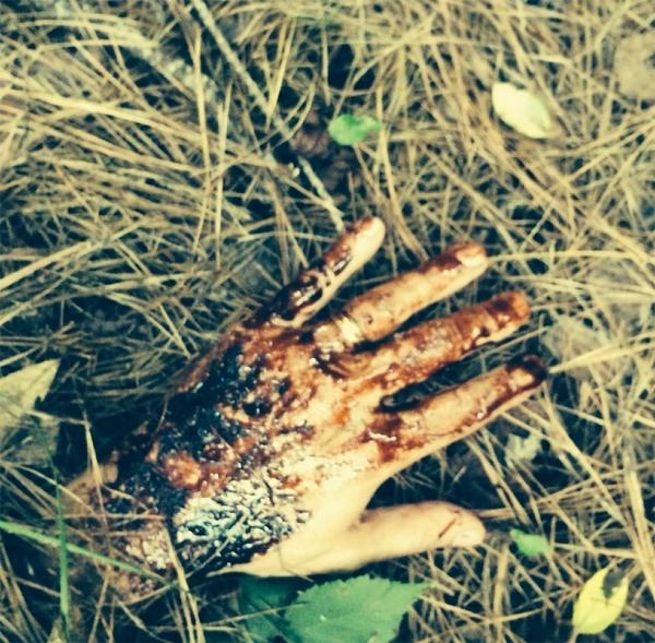 Could Daryl be losing a hand in The Walking Dead Season 5? Or is Reedus just messing with our minds?

One Piece Fully Unmasks Yamato for the Anime