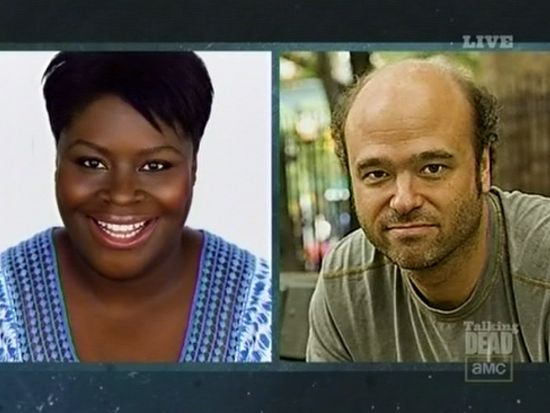 During the second half of The Walking Dead season 3, the Talking Dead has expanded to an hour long show. Chris Hardwick is the host of the Talking Dead, and one of the questions he will be discussing tonight is how Rick's group reacts to the return of Daryl and Merle. On tonight's episode of Talking Dead, the celebrity guests are Scott Adsit and Retta. Scott Adsit is best known for playing Pete Hornberger on 30 Rock, while Retta is best known for playing Donna Meagle on Parks and Recreation. There will also be a surprise cast member from The Walking Dead appearing, but it has not been revealed who it will be. The Talking Dead airs on Sunday, February 24 at 10 PM ET on AMC.