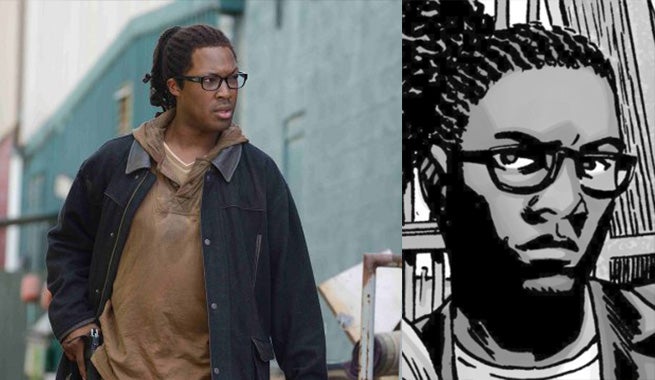 Although the character's introduction has been pushed back a bit in comparison to the comic book storyline, AMC's The Walking Dead has finally found it's Heath.

Corey Hawkins, who will be starring in this summer's NWA biopic, Straight Outta Compton, will be joining the survivors as Heath in Alexandria when The Walking Dead returns this fall. This backs up the theory of AMC's recent casting call for a female fitting the description of Denise Cloyd, Heath's doctor girlfriend.

Heath was first introduced in issue 69 of the Image Comics The Walking Dead series. The Walking Dead's fifth season ended with events almost identical to those of issue 79, but nevertheless, Heath will arrive in season six.

In the comics, Heath was a supply runner who becomes a good friend to Glenn. The two discover the DC Scavengers which on the show are believed to have received a name change to "The Wolves." He goes on to become a member of the herd-crew which is a crucial part of All Out War storyline as the Alexandria group does battle with the infamous Negan.

Heath is one of many characters we can expect to meet this season should the series continue to mirror the comics. Others include Dr. Denise Cloud, Scavengers leader Derek, Paul "Jesus" Monroe, and possibly before the season's close - Negan.