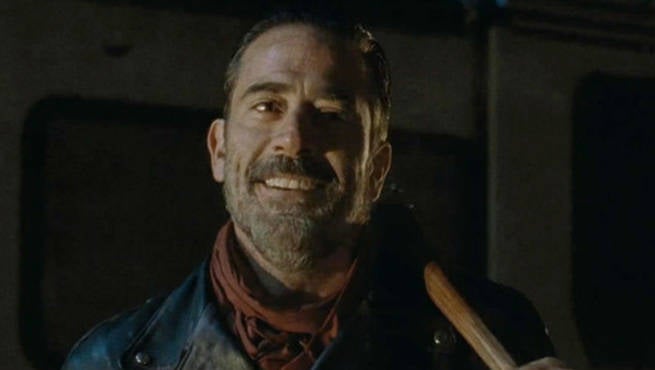 The Walking Dead's finale is seeing some massive gains in terms of ratings with the Live+3 numbers.

The finale, titled Last Day on Earth, was already the top rated program on April 3, but with its new numbers, over 19 million people have watched the episode which saw Negan's long-awaited debut. It's rating climbed to a 9.6 in the key demo with 19.36 million total viewers.

The gain in ratings was the largest in the +3 category for the entire week of March 28 to April 3. It was likely helped by the massive amount of reactions on social media and chatter amongst friends and fans around the world.

The Walking Dead returns in October.

(via TV By The Numbers)

The Walking Dead: World Beyond Co-Creator Says “There’s a Lot We’re Going to Learn” About Who Took Rick Grimes

The Walking Dead Producer Addresses Guardianship of the Grimes Children