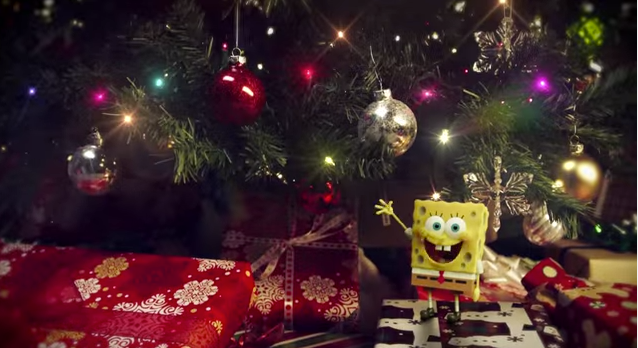 The upcoming SpongeBob SquarePants feature film, The SpongeBob Movie: Sponge Out of Water has released a special holiday video for its fans.

In the video, SpongeBob and his best friend, Patrick the Star, get into the Christmas spirit by decorating a tree. Naturally, Patrick makes for the perfect tree topper. It’s just too bad that the tree’s lighting had to short out, giving Patrick a much brighter Christmas than he bargained for.

The brief video uses the same CGI animation style that will be used in the upcoming feature-length film. In The SpongeBob Movie: Sponge Out of Water, SpongeBob and his friends leave their underwater world for the first time. When they arrive on dry land, which was shot in live-action, they transform into computer generated cartoons from their typical two-dimensional style of animation. Sponge Out of Water will mark SpongeBob’s second theatrical appearance, after 2004's The SpongeBob SquarePants Movie. However, that film was made entirely in the classic two-dimensional animation style.

Check out the video below for the holiday video.

The SpongeBob Movie: Sponge Out of Water hits theaters on February 6, 2015.