It was a cool October evening in the middle of the Mojave desert back in 1987 when a young Carl Merryweather had an experience that forever changed his life. After having just received his brand new pellet gun, Carl was on the prowl for wily jackrabbits that inhabited the endless miles of sand and scrub that surround the recently completed family retreat, more accurately described as a “glorified bug-out shelter”, by his father. But instead of finding his prey hunkered under a piece of parched earth or hiding in a Creosol bush, Carl discovered a far more elusive “life form” that descended from the pristine heavens above. 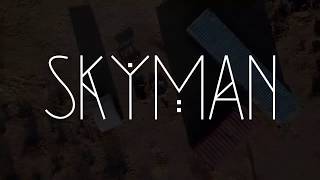