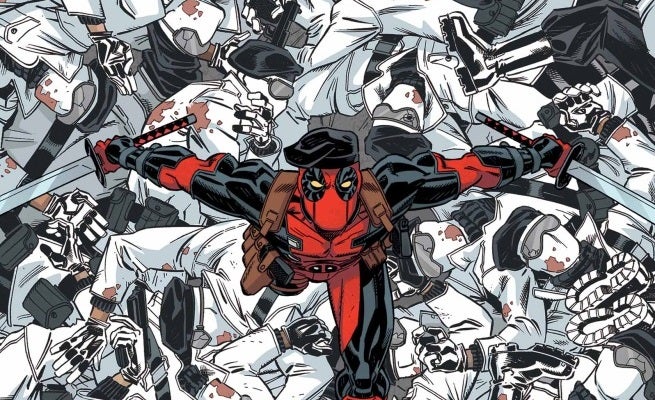 Marvel Comics has released a new preview of Deadpool #45, the "Death of Deadpool" issue, featuring an all-star lineup of creators from Deadpool's past and present.

Then, Duggan, Posehn and Scott Koblish present a Deadpool tale previously lost to ages, telling of the time Wade Wilson took possession of the Infinity Gauntlet and summoned the entire Marvel Universe for his own roast.

Deadpool #45 goes on sale in April.

Deadpool #45 Preview: First Look At The Death of Deadpool