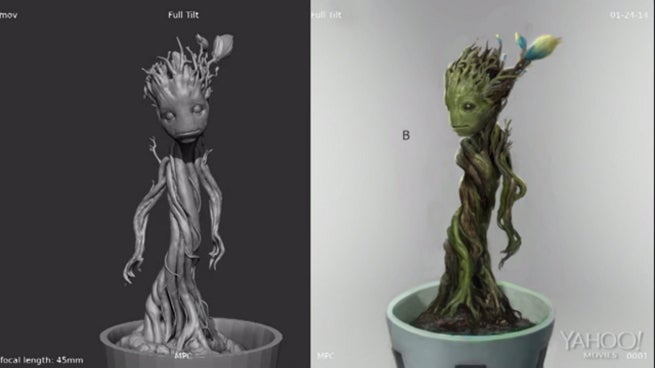 Director James Gunn tells Yahoo how integral the voice of Vin Diesal was to Groot's character.

"Vin had a strange attachment to Groot. First of all, it's not a secret, he was going through a very difficult time in his life when the character came to him, and he just felt like it was a big relief to just get into something very simple," Gunn explained, alluding to the death of Diesel's Fast and Furious co-star Paul Walker. "It was a character he was able to share with his children, who were very young, and had never been able to see one of his movies in the theater. And he was able to just tune into this character in a very simple way and find this spiritual center. I don't think that goes unnoticed in the character in the movie."