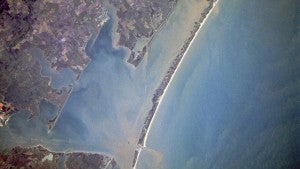 On the day filmmaker Spike Lee's controversial Kickstarter campaign was officially funded, another somewhat famous face launched a similar campaign to fund his next film. This time it's Austin Lynch, son of indie superstar and Twin Peaks creator David Lynch, who has taken his new film Gray House to the crowdfunding site, seeking $25,000 to produce the unique movie. The film is an exploration of domestic space that frames a larger conversation about class, identity, consumerism and progress. Equal parts observation and fabrication, Gray House interweaves documentary and narrative footage into a film structure that blurs the lines between fiction and reality. To do this, Lynch investigates five politically- and socially-charged locations where he either conducts a series of interviews with the people living there or stages scripted dramas in the space. Gray House features: a bait fisherman on the Texas coast, oil worker camps in North Dakota, a couple living on a commune, inmates at a women's prison in rural Virginia, and a modern home in Southern California. "The idea for Gray House began with my interest in these locations," said Lynch. "As the project evolved I decided to approach each space in a unique way and to create a film that incorporated both documentary and narrative footage. The film is about the affects of architecture on its inhabitants and the ways that our understanding of reality can be complicated by its representation." You can check out his Kickstarter video below.