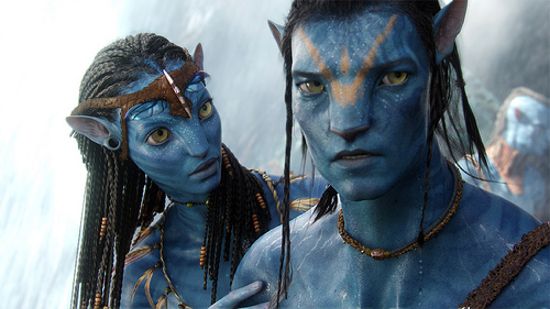 In a Reddit AMA, Avatar director James Cameron gave a brief update on his progress with the sequels, as well as dispelling a big rumor about the films. "The second, third and fourth films all go into production simultaneously", wrote Cameron. "They're essentially all in preproduction now, because we are designing creatures, settings, and characters that span all three films. And we should be finished with all three scripts within the next, I would say, six weeks." Cameron added, "There's always pressure, whether it's a new film or whether it's a sequel, to entertain and amaze an audience. I've felt that pressure my entire career, so there's nothing new there. The biggest pressure I feel right now is cutting out things I love to get the film down to a length that is affordable. There hasn't been a problem finding new and wonderful things to include in the movie." Last year, rumors surfaced that Arnold Schwarzenegger would play the villain in Avatar 2. In regards to working with Schwarzenegger again, Cameron wrote, "I think he still gets to be called Governor? I think he's still officially addressed as Governor? Well Arnold and I are good friends, and we look for opportunities to work together and to support each other's causes, and I think that's one of the reasons he got involved in Years of Living Dangerously. Because one, I asked him, and two, as a leader, he made huge strides in clean energy himself, so he's a believer." However, in specific as to whether Schwarzenegger was playing a role in any of the Avatar sequels, Cameron wrote, "As of right now, he and I have not discussed it, and I don't see a role as the scripts are coming together that would be appropriate for him, so I would say probably not."

Avatar: 3 Sequel Scripts To Be Complete In 6 Weeks, No Arnold Schwarzenegger