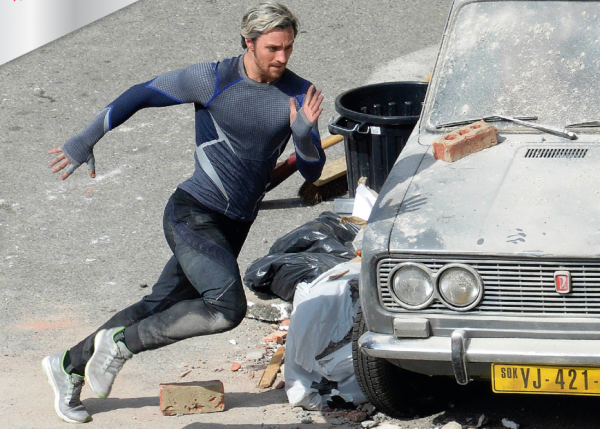 In a new interview in the just-published issue of Total Film, Avengers: Age of Ultron stars Aaron Taylor-Johnson and Elizabeth Olsen discussed their roles in the upcoming Marvel mega-sequel, touching on their characters' personalities and Scarlet Witch's powers.

The story also featured photos of the characters -- marking what seems to be the first photographs of Quicksilver and Scarlet Witch to be released, or at least approved, by Marvel Studios (previous shots have come into the public, but they were taken by photojournalists and paparazzi on the set of the movie), seen above and below. 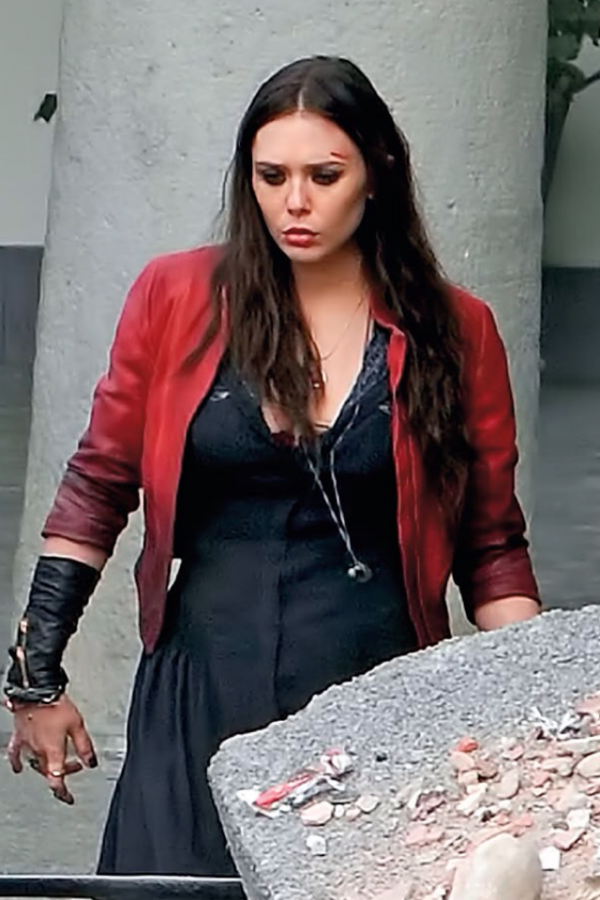 "I just love Scarlet Witch," Olsen said. "She is a messed up lady. She can tell you where an object has been, she can tell you what your future is, she can connect with the dead and people from other universes and she's the only person in this universe who's capable of doing that."

"His sister really is his guidance," Aaron Taylor-Johnson said of the Marvel Cinematic Universe's version of Quicksilver. "He's very over protective of her physically, but emotionally she's the one who looks after him."

Of course, moviegoers saw the pair in Captain America: The Winter Soldier, prisoners of Baron von Strucker. The pair will, indeed, be found there at some point in this movie, rescued and recruited apparently.

Meanwhile, 20th Century Fox will soon have the second X-Men film to feature Taylor-Johnson's Kick-Ass co-star Evan Peters in 2016 -- or at least that's the popular theory; no cast members have officially been announced as yet. Producers have, however, said that the film will be set in the 1980s and center primarily around the X-Men: First Class cast members. It is said to have room for both cameo appearances by the original X-Men trilogy cast and also to introduce new characters assumed to be younger versions of some of those characters. Whether Scarlet Witch will be involved or not is not yet clear.