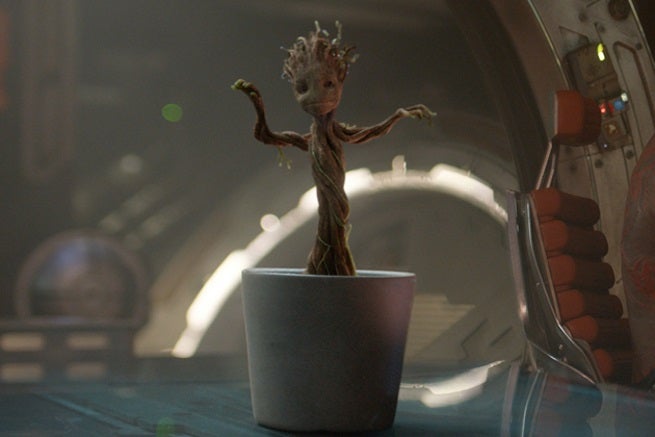 In a conversation with Yahoo! Movies around the release of a Groot featurette, Guardians of the Galaxy director James Gunn questioned whether the re-spored Groot seen at the end of the film is in fact the original or an offspring.

"That's an unanswered question: Is Baby Groot, Groot?" Gunn asked in response to a question about the resurrection. "Or is Baby Groot actually Groot's progeny?"

In the comics, this is a concept that's pretty clear-cut: in Annihilation: Conquest, Groot seemingly died twice, and each time was kept alive by one of his sprigs or shoots being saved and cared for by one of his teammates, allowing him to regrow.

Gunn further declined to speculate whether Baby Groot would grow into a being identical to the original Groot, or whether the version seen in future movies might in fact look different, allowing for a redesign.

Of course, a redesign may not indicate that the "new" Groot is in fact a different character. Effects-heavy characters like The Hulk and Thanos have been tweaked between movies without an in-story justification, with the unspoken logic seeming to be that if the studio can put a better alternative onscreen it's silly to be hamstrung by continuity.

Baby Groot May Be Groot's Progeny Rather Than Groot