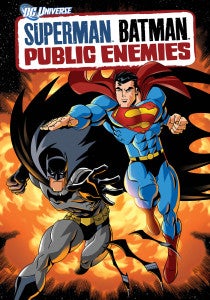 When David S. Goyer said at San Diego Comic Con International that the forthcoming Man of Steel sequel would be titled Superman vs. Batman or Batman vs. Superman, some fans chafed. For a variety of reasons, titling the movie like that rubbed people the wrong way; to some, it seemed like a cheap way to capitalize on the properties, a la Alien vs. Predator; to others, a "versus" film seemed like it encapsulated the worst and silliest ideas of the comics rather than the best; still others simply don't want to see the pair fighting it out in their first big-screen appearance together. It seems as though director Zack Snyder has considered at least some of that, as The Superman Homepage reports that he's in the process of trying to figure out a title that sends the right message to fans. The site reports, "A Superman Homepage source tells us that Zack Snyder may currently be more involved with movie title possibilities and how to represent the film, with the director looking at World's Finest and Public Enemies ideas for inspiration. World's Finest, which was the idea most fans had before the film was announced, was the name of a comic book series that ran from 1941 to 1986, with Superman and Batman appearing in the pages of the anthology series, although not together at first. It wasn't until World's Finest Comics #71 that the pair actually teamed up. "Public Enemies" was the first arc of the Superman/Batman series that ran from 2003 until 2011. The story was later adapted into one of the DC Universe direct-to-DVD feature films, titled Superman/Batman: Public Enemies.