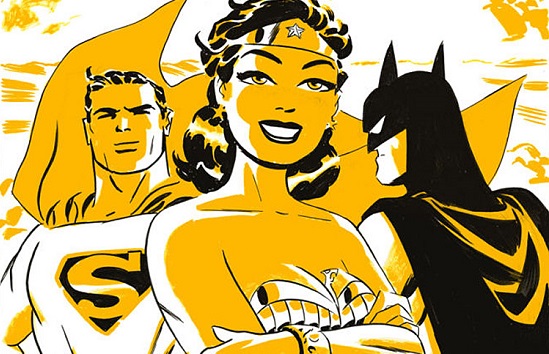 Fans who felt that Warner Bros. was moving too fast toward a Justice League movie can take at least a little bit of a breath--Zack Snyder's Batman vs. Superman, originally scheduled for July 17, 2015, will now open on May 6, 2016. Production is expected to begin on the film in February, but recent reports were that the movie was being rewritten by Argo scribe Chris Terrio. It could be that the film requires extra time for visual effects (Man of Steel took quite a while after production wrapped, if you remember) or that changes made in Terrio's draft of the script have changed the production time somewhat. Warner Bros. moved quickly to fill the July 17, 2015 spot with a new, as-yet-untitled, live-action Peter Pan adventure directed by Hanna's Joe Wright. The claim is that Batman vs. Superman didn't need the delay as much as they felt Peter Pan could do better in the date--which might be true, given the glut of superhero films in 2015 and Batman vs. Superman's proximity to other major hits. 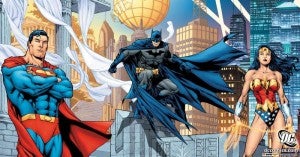 On the other hand, the May 6, 2016 release date has already been staked out by Marvel Studios for an as-yet-unspecified Phase III film, widely expected to be Doctor Strange. Whether that film will move to accommodate Batman vs. Superman is hard to say; so far in advance, either one of them could end up needing to move organically before it becomes an issue, but at the same time Marvel doesn't have anything short of Avengers 3 or maybe Iron Man 4 that could realistically compete at the opening weekend box office with a Batman/Superman movie. The dual date announcement was made by Dan Fellman, President, Domestic Distribution, and Veronika Kwan Vandenberg, President, International Distribution, Warner Bros. Pictures. In making the announcement, Fellman stated, "We are happy to take advantage of these coveted summer dates, which are perfect for two of our biggest tentpole releases. We share the fans' excitement to see DC Comics' most popular figures, Superman and Batman, together on the big screen for the first time, which will now be arriving in theatres in May 2016. Peter Pan has delighted people of every generation for more than a century, so we are thrilled to bring him back to the screen next summer for today's moviegoers." Kwan Vandenberg added, "We know that there is already great anticipation building for the next Super Hero film from Zack Snyder, and we are equally eager to see what he has in store for Superman and Batman as they share the big screen for the first time ever. The summer release corridor is also perfect for Joe Wright's ambitious new Peter Pan adventure, reimagining the ageless story of the beloved and forever-young hero for audiences worldwide." It will also open three weeks ahead of X-Men: Apocalypse, the third film in the X-Men: First Class franchise and the sequel to this summer's X-Men: Days of Future Past. In any case, it seems as though DC fans will have to settle for Arrow, Gotham and Constantine on television for now, unless rumors of some mid-budget films like Suicide Squad and Booster Gold--which could presumably be made somewhat more quickly--turn out to be true.

Batman vs. Superman Pushed Back to 2016