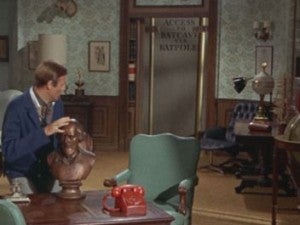 Many people have been wondering why Ben Affleck took the Batman role, considering that he fought long and hard to overcome some of his early acting missteps such as Daredevil to establish himself as one of the greatest directors in Hollywood. Could it be because Affleck has a genuine love for the character of Batman? In a recent Hollywood Babble-On podcast, Kevin Smith talked about how he bought Affleck's old house and also gave a little insight into Affleck's connection to Batman. In regards to Affleck's previous Daredevil movie, Smith said, "This dude has loved Batman going as far back as I can remember. He only did f***ing Daredevil because he loved Frank Miller's Dark Knight Returns. He's like, 'They're never going to make another Batman,' because this was after Batman had nipples and s*** like that. So he was like, 'Daredevil's cool, and Miller wrote him as well.' So he liked the character, but it was always rooted in Batman." However, it was when Smith went to buy Affleck's house back in 2001 that he learned the true depth of Affleck's love for the character. Affleck took him into a room at his house with a beautiful bookcase. After Smith remarked, "That's nice, a lot of books," Affleck clicked a hidden button and the bookcase started moving. An excited Smith exclaimed, "You built a f***ing Batcave." But Affleck said, "I built a Batcave entrance." Behind the bookcase was a panic room with a TV, phone, and stuff in case someone broke into the house and he got trapped. It's Affleck's great love of Batman that makes Smith think he will do well in the role. Smith said, "He's always been into the notion. He'll honor the character. I honestly think the dude's a great actor. It makes absolute sense."

Steve Martin Documentary in the Works

Stephen King Horror-Western The Regulators Being Adapted as a Film