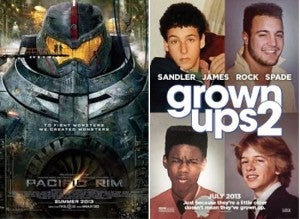 There's been a lot of discussion this summer, with movies like Man of Steel and Pacific Rim making less money than fans and studios had hoped or expected, about how exactly we're meant to define financial success in today's movie landscape. It's a bit of a moving target. It used to be that domestic box office was the number that "mattered"--that if a movie didn't make its money back in the U.S., the film was considered a "flop," because international grosses weren't a major factor in the way studios talked about their films. Now, of course, it's not quite that simple. That's still a rule of thumb for studios and journalists to use, but at the end of the day it's a lot more complicated than that--especially as you start to get movies like Pacific Rim, which made far more money overseas than it did here. It's also not true that because a movie doesn't line up with studio expectations, it will be considered a "flop" by anyone who particualrly matters. Kick-Ass is a classic example of a movie that wouldn't have had a sequel if not for strong box office and, staying just in the comic book arena, it seems as though there's a possibility of Dredd 2 getting greenlit for similar reasons. And, if projections are right and the film doesn't take the #1 slot, or beat the first movie's opening weekend, it could raise a whole new conversation about that franchise. After all--it makes sense from almost any point of view you look at it to make a third film adapting the currently-in-progress Kick-Ass 3 comic book that rounds out the series--unless the film proves it can't make its money back in theaters, which could make it a hard sell to the studio, especially after they reduced the production budget from the first film to the second in the hopes that just this kind of thing wouldn't happen. 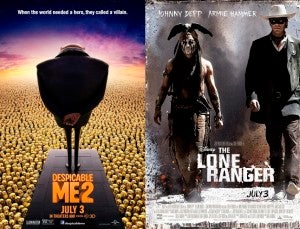 Expectations for expensive films are also somewhat higher and harder to overcome than they are for smaller pictures. Studio expectations for Pacific Rim were understandably high, given the enthusiasm of the core fan base, but it didn't live up to those. Does that mean Legendary is done with it? It doesn't seem likely, with the film doing great international business, the comic book tie-in and other merchandising selling better than many other big summer movies and a studio move that sees Legendary wanting for intellectual property.  A Pacific Rim sequel would be something that would have a ton of fan goodwill, international buzz and it would give Legendary Pictures their own high-profile franchise, which is worth something in and of itself. It's difficult to judge what the biggest hit of the year is sometimes; unless there's a true breakaway hit like The Avengers that blows everything out of the water, one can find themselves trying to parse out what movies did in their first week, what the second-week drop-off was and more. And, of course, you have the fact that while most major films will open on about the same number of screens, that stops being true for anything expected to open at less than $100 million. Since most major films open on a fairly comparable number of screens but not all of them cost the same (Despicable Me 2 cost about $75 million--that's between half and a third what Man of Steel or Iron Man--the two films it's competing with for the top of the year's box office--cost). At what point do you have to start considering things like a film's percentage of profit or the per-screen average (which is exactly what it sounds like) to consider the relative success or failure of a film? 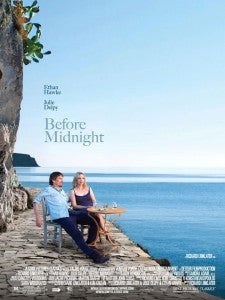 Of course, if those numbers alone were key, you'd have inexpensively-made movies that only opened on a handful of screens, like Joss Whedon's Much Ado About Nothing or Richard Linklater's Before Midnight, considered the year's biggest hits. The per-screen average can't be your be-all and end-all. Ultimately there are a finite number of screens and the major studios will release their big tentpole films on roughly the same number of them across the board, so while it's tempting to use the per-screen average to speculate about the interest in smaller films, it's less useful when it comes to things like Iron Man 3 and Man of Steel, especially because some films (like, say, World War Z, which opened while both of those two were still in the theaters) are going to have both the "real" number and the "per screen" number dragged down by competition. There's also a sense, in our franchise- and sequel-driven cinema landscape that originality should be--and isn't--rewarded. Many reporters and reviewers--who felt passionately about del Toro's Pacific Rim--wrote about its poor performance as a sign of the coming apocalypse, justifying the position by saying that it was one of the year's only truly original big-budget tentpoles. Elysium is just that--and with the added bonus that it doesn't have quite as many obvious, direct influences as Pacific Rim did. Most critics have decided it's just good, though, not great, and so nobody's getting too excited that it isn't a massive hit. And there's video and streaming services. While they used to be the numbers nobody wanted to take into account, since they were generally much smaller than the box office and you had to wait for them to come around, you're now getting TV series like Family Guy and Arrested Development that get a new lease on life after success on video despite their ratings failures...and in the case of Family Guy, that new lease on life turned into a fairly massive franchise. Nowadays, you get films that either lose money or just barely break even in cinema but which make so much money as "evergreen" products on video and in streaming deals that they're ultimately big successes for the studio. From Fight Club to Watchmen, you see films like that at every studio and on ever budgetary level.

Box Office Success: What Does It Even Mean Anymore?