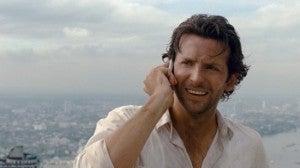 Nobody breaks Marvel Studios casting news like Marvel. After announcing that James Spader had been cast as Ultron yesterday, Marvel just announced that Bradley Cooper has been officially cast as Rocket Raccoon in Marvel's "Guardians of the Galaxy." According to the Marvel press release, Cooper has previously starred in "Silver Linings Playbook," for which he was nominated for an Oscar®, "Limitless," "Place Beyond the Pines" and the "Hangover" trilogy, the latter of which has grossed $1.4 billion globally. He will next be seen in "American Hustle" which will reunite him with "Silver Linings Playbook" director David O. Russell. "Guardians of the Galaxy" will mark Cooper's first voiceover work. In the far reaches of the Marvel Cinematic Universe, an unlikely cast of characters including Peter Quill, Gamora, Drax, Groot and Rocket Raccoon must join forces to defeat a cosmic force of epic proportions. "Guardians Of The Galaxy" is being directed by James Gunn. The film is scheduled to be released in movie theaters on August 1, 2014.