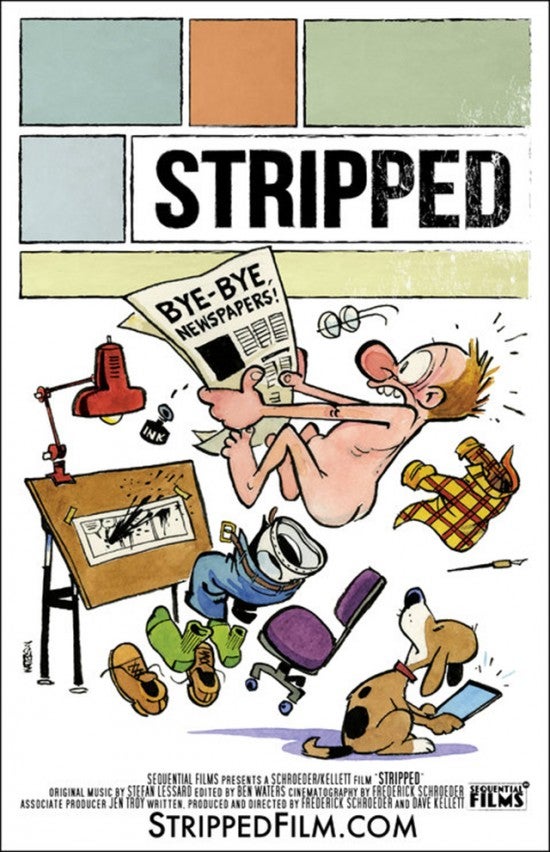 , a new documentary about comic strips that features interviews with Garfield's Jim Davis, The Oatmeal's Matt Inman and more, unveiled its movie poster today--and it's the first new piece of cartooning by Calvin & Hobbes creator Bill Watterson since 1995. You can see the poster above, and the trailer below, for the film, which boasts over 90 interviews with world-class cartoonists. The primary focus of the film is on the idea that with the newspaper industry in collapse, there is confusion, discontent and disagreement over where the comic strip industry goes from here. Scott McCloud, the Penny Arcade creators and veteran creators seemingly averse to change are interviewed in the trailer, which also features a snippet from Watterson's first-ever recorded interview.