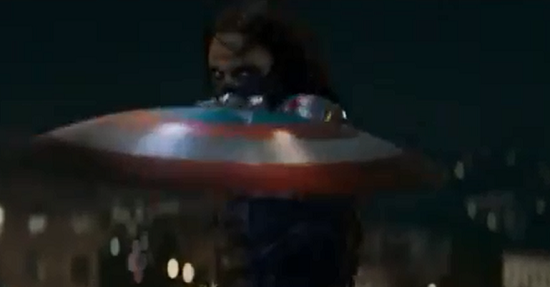 The Winter Soldier might be something of an intelligence community urban legend prior to the events of this spring's upcoming Captain America sequel, but the star-spangled Avenger is about to come face-to-face with his former sidekick in dramatic fashion. Unfortunately, this clip comes with a "you've seen the punchline, now see...the joke!" warning since the beat at the heart of this clip has appeared in almost every teaser, trailer, TV spot and lunchbox we've yet seen for the movie. That said, it's not as though knowing the ending ruins the experience completely. Just ask Captain America: The Winter Soldier's Cobie Smulders, who has spent the last decade as the second lead on a show called How I Met Your Mother, which wraps up this year with the shocking revelation that the narrator has...well, has met the mother of the people he's talking to.