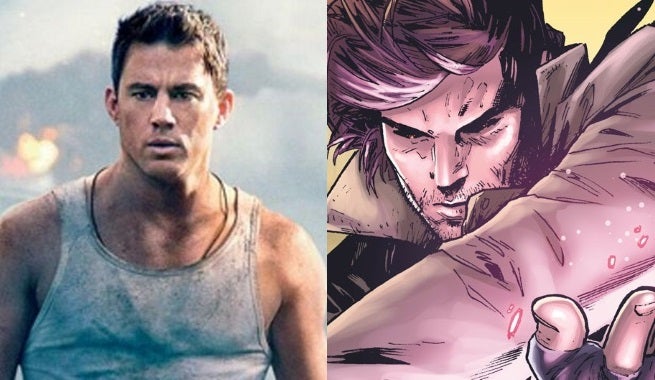 Channing Tatum is preparing to join the X-Men film universe as the kinetically charged, mutant Southern rake, Gambit. In the most recent issue of Empire Magazine, Tatum shared where his affection for Remy LeBeau comes from.

"I love Gambit," Tatum says. "I grew up in the South; my father's from Louisiana. We'd go to New Orleans and I heard all the dialects. It felt so different from the rest of America; it has its own ancient culture. So I identified with that. And he always felt the most real of the X-Men to me. He's kind of a tortured soul and he's not a good guy. But he's not a bad guy, either. He walks his own path. And of course he plays cards and drinks and is a martial-arts badass!"

Tatum also talked a bit about the movie itself, revealing that the film will be an origin story, and that the first draft of the script has been turned in.

"Josh Zetumer just turned in the first draft of the script, and it's killer. None of us were sure how he was going to deal with the X-Men world. But we're going to be changing some of the tropes of these movies. It's always about saving the world (Laughs), but maybe we're going to shift things a little bit. There's so many ways you can take [an origin story]. You could do it like Batman Begins, or a different take and go the Guardians of the Galaxy route. All I can say is, I'm super excited."

Zetumer is working from a treatment by Gambit's creator, and X-Men comics legend, Chris Claremont, so whichever direction they decide to take the movie, we're at least confident they've got an excellent starting point.