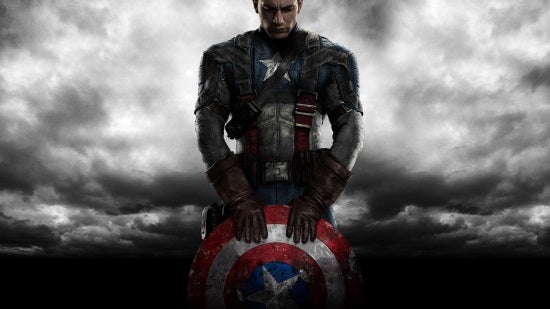 Chris Evans believes that he will finally be able to lay down Captain America's shield in 2017. Evans' contractual obligations to Marvel Studios have been much talked about lately, once it came out that Evans was looking to take a break from acting in order to pursue his desire to direct. In an interview with Variety, Evans sounds even more sure of the decision, saying he's not just ready to take a break from acting, but to retire from it completely. Evans is under contract with Marvel to appear in six films. The first two were "Captain America: The First Avenger" and "Marvel's The Avengers." His third is "Captain America: The Winter Soldier," followed by a return to action in "Avengers: Age of Ultron" for his fourth film. "We can do this out loud," Evans said. "('Avengers 2') will shoot till August. I wouldn't be surprised if for all of 2015, we didn't do a movie. I bet by 2017, I'll be done." Assuming that things go as most expect, the final two films in Evans' contract will be "Captain America 3" and "Avengers 3." "Captain America 3" is scheduled to be released in theaters on May 6, 2016. So, if Evans plans to be out of his contract in 2017, that means that he expects "Avengers 3" to finish filming in 2017. This also adds fuel to the idea that Steve Rogers will likely die during the events of the third Avengers film (if not sooner) and that his "Captain America" co-star, Sebastian Stan, may end up taking up the shield as James "Bucky" Barnes in future Marvel films. While Evans is only under contract for six films, Stan is under contract for nine and his character does take up the mantle of Captain Americafollowing his time as the Winter Soldier and the death of Steve Rogers. "Captain America: The Winter Soldier" comes to theaters April 4, 2014. "Avengers: Age of Ultron" comes to theaters May 1, 2015.

Chris Evans Bets He'll Be Done With Captain America By 2017