Following DC Entertainment Chief Creative Officer Geoff Johns's recent comments about the DC movie/TV "multiverse," fans have inevitably gravitated toward the notion that Crisis on Infinite Earths, teased in the series premiere for The CW's The Flash, might one day be used as an opportunity to see various interpretations of the same characters onscreen together.

It seems pretty farfetched, but is certainly worth considering; after all, Marvel gave us Avengers and DC responded with Justice League. Marvel's next Avengers film after Age of Ultron, the two-part Infinity War, reportedly adapts a massive summer event series...could Warner Bros. hope to one-up that by doing the granddaddy of all comics events? 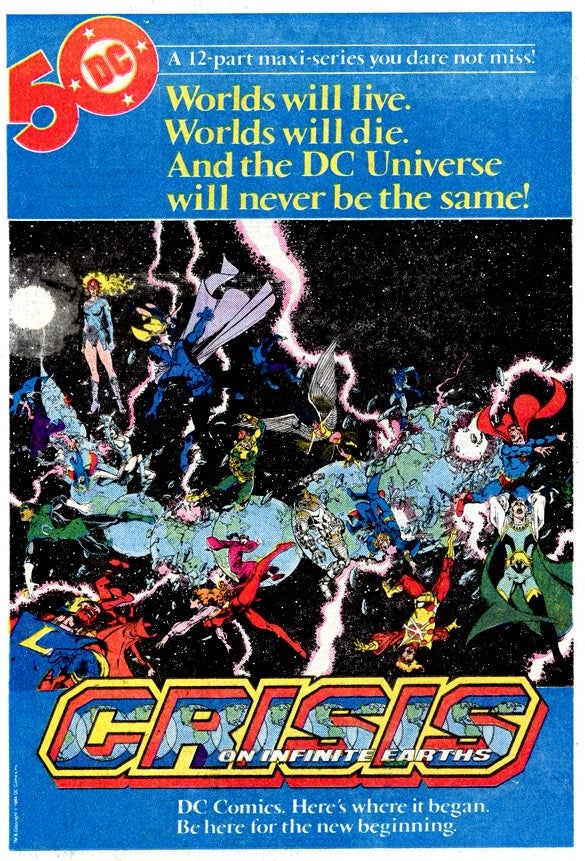 Greg Berlanti, who has some experience working on the feature film side of things at Warner Bros. with (among other things) DC's Green Lantern, is working on not only The Flash but also Supergirl, two ongoing TV series based on the two characters who most notably died during Crisis on Infinite Earths.  As noted, the final moments of The Flash's pilot episode even teased the event, complete with references to "red skies."

It's a series that has been a frequent source of inspiration in the comics, with sequels both official (Infinite Crisis, Final Crisis) and unofficial (Zero Hour: A Crisis in Time) generating a ton of revenue for DC Comics over the years. It's also one to which Berlanti has an emotional connection.

"We can make changes in terms of elements of the character but at the core, they have to have the experience that I got when I read Crisis on Infinite Earths," Berlanti told us at Comic Con on the pressures of working on The Flash. "That was where he died, you know? And so I cried. I was 13 in a flea market, readin the comic books and sitting there crying, you know? He was that kind of character, that he could elicit that kind of emotion."

The idea that Crisis is something they're clearly teasing, and possibly building to, on The Flash makes all the discussion about using it to tie together existing stories slightly less insane.

Many fans started asking the question after a recent interview with Geoff Johns, where he used the company's "multiverse" approach to storytelling to explain away fan complaints with having multiple, unrelated interpretations of the same characters in play at once on film and TV.

"We look at it as the multiverse," Johns said. "We have our TV universe and our film universe, but they all co-exist. For us, creatively, it's about allowing everyone to make the best possible product, to tell the best story, to do the best world. Everyone has a vision and you really want to let the visions shine through. I think the characters are iconic enough."

Johns, of course, was tasked with writing Infinite Crisis, the first formal sequel to Crisis on Infinite Earths and a story designed to celebrate the book's twentieth anniversary. It's widely rumored that the thirtieth anniversary of Crisis -- coming in 2015 -- will be celebrated with a comic book event that brings together various aspects of the multiverse. Even DC Co-Publisher Dan DiDio has teased a new Crisis on the horizon. 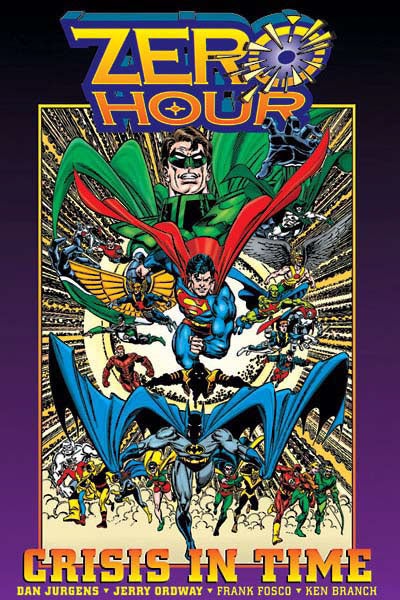 "In away, projects like that are necessary every few years," Dan Jurgens once told us, talking about his role in Zero Hour. "Comic universes can be a bit like a closet that you continue to throw stuff in. Every so often you have to open the door, take a deep breath and wade into it, deciding what to keep and what to discard."

Of course, that -- and the concept of Crisis in general -- is a bit anathema to what it is many fans are hoping for when they talk about a Crisis movie.

Like X-Men: Days of Future Past, the most common thing we've seen fans talking about is how much they would like to see stories continued. Readers want a Crisis movie to give big-screen validation to Arrow; to put Smallville's Tom Welling in a Superman costume; to connect a TV series where Grant Gustin plays Barry Allen to connect to a film in which he's portrayed by Ezra Miller. The idea of Crisis as a cleanup exercise, removing elements that don't work and making everything simpler, actually runs contrary to all that and more closely resembles what studios silently do when they elect not to have these stories take place in the same universe.

That said, X-Men: Days of Future Past did set a precedent that this kind of thing can work. It was a huge commercial and critical success, and fans came out of it fairly satisfied with the final destinations of the "original" X-Men cast. While many hope to see more, they seem generally fine with it if that doesn't happen. 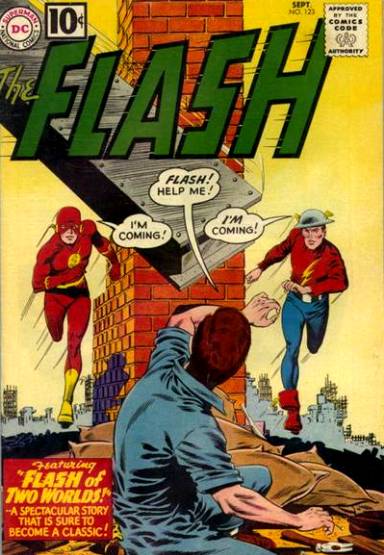 Of course, the biggest issue here is that there is, at this point, nothing in the feature film universe to indicate that this could happen or make sense. With only one movie behind us, there's plenty of time for it...but there's certainly an opportunity ahead.

DC's Multiverse as we know it today was born in a story that starred -- you guessed it! -- The Flash.

In The Flash #123, to be exact. Barry Allen had created the identity of The Flash based on a comic book he used to read as a child -- the Golden Age stories of The Flash, Jay Garrick -- and this story brought those tales into canon by establishing a pair of parallel earths, each with its own slightly-different set of DC heroes and villains. Ultimately, the "infinite earths" of the DC multiverse would be revealed, including things like worlds reserved for the characters and continuities of publishers DC had purchased over the years, alternate-world stories like those told in Superman's Girl Friend Lois Lane and more.

Five years from now, assuming they're still on, both Arrow and The Flash will be firmly established as the definitive looks at those characters onscreen. It'll be then that Ezra Miller will finally get his solo film, having already appeared in Batman V Superman: Dawn of Justice and Justice League Part One.

What if there was a scene -- possibly an end-credits stinger -- that featured a variation on this theme, with Miller's Flash discovering the existence of Gustin's?

Unlikely, yes. Plausible? Well...yeah. And as someone who's been deeply skeptical of fans speculating about this, I'm surprised to find myself saying that.

Could a Crisis on Infinite Earths Movie Really Bring in the TV Universe?