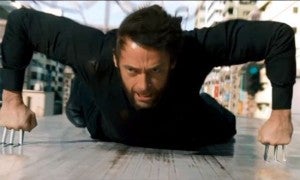 Darren Aronofsky, the filmmaker who almost rebooted Batman before being beaten out by Christopher Nolan and then almost made The Wolverine before James Mangold eventually got the job, got around to seeing The Wolverine last week. What did he think? Well, the Black Swan filmmaker took to Twitter to praise all involved, as you can see below.

That's slightly more charitable than reviewers have been--while the movie did alright with critics, it wasn't the roundly-praised event movie that Marvel has been churning out in recent years. Most of the conversation around the movie after its opening weekend was that it came in at the low end of projections and blew fans away with an X-Men: Days of Future Past teaser. Aronofsky, meanwhile, is currently working with stars from The Incredible Hulk, Man of Steel and Thor on the Biblical drama Noah.