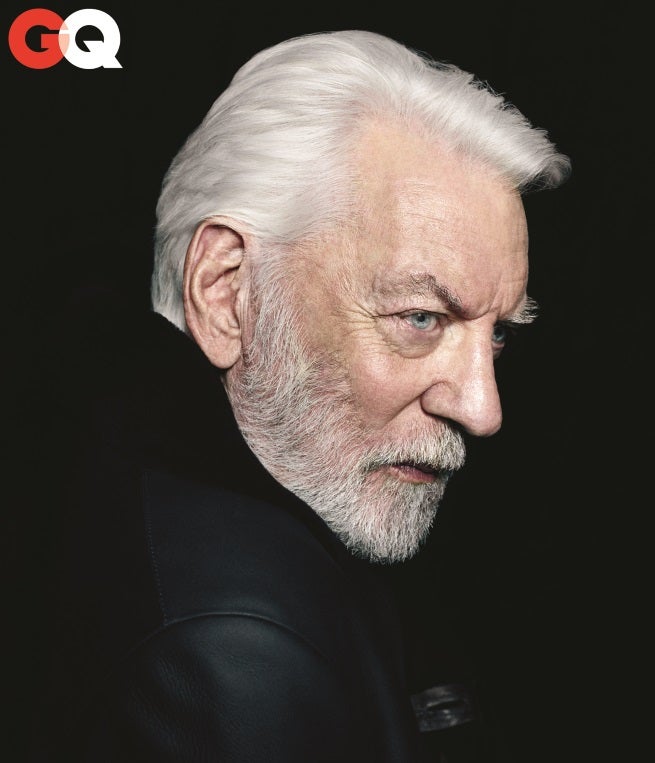 The November issue of GQ is now available, and features an interview with The Hunger Games movies' President Snow, Donald Sutherland.

In the interview, Sutherland reveals that he was unaware of Suzanne Collins' popular young adult novels, which the films are based on. Rather, Sutherland happened to read the script for The Hunger Games and was so moved by it that he wrote a letter requesting the role of President Snow, despite the character's minimal presence in the first part of the trilogy.

"Nobody asked me to do it," Sutherland says. "I wasn't offered it. I like to read scripts, and it captured my passion. I wrote them a letter. The role of the president had maybe a line in the script. Maybe two. Didn't make any difference. I thought it was an incredibly important film, and I wanted to be a part of it. I thought it could wake up an electorate that had been dormant since the '70s. I hadn't read the books. To be truthful, I was unaware of them."

President Snow will play a much larger role when open civil war comes to Panem in The Hunger Games: Mockingjay – Part 1, opening in theaters November 21.

Donald Sutherland Wrote A Letter To Get His Role In The Hunger Games, Was Unaware Of The Books