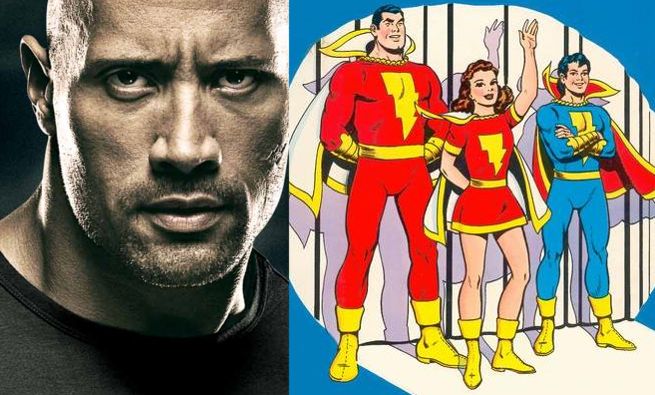 Thanks to Dwayne "The Rock" Johnson's inability to keep a secret, we now know that a Shazam movie is in the works. Johnson is playing either Shazam or the villainous Black Adam. He hasn't officially said which, but his comments make it sound like he's leaning towards Black Adam.

But what about the rest of the Marvel (Shazam?) Family? They need actors too, so we've compiled a fantasy casting lists of actors and actresses that we believe to be solid choices to share the screen with The Rock.

Note that we have no evidence that any of these characters will actually be in the Shazam movie, and definitely have no idea about who Warner Bros. might actually be considering for the roles. This is a speculative wish list at the very best.

The Wizard seems likely, as a point of origin for Shazam and Black Adam's powers. Freddie Freeman and Mary Batson have a fair chance of appearing, though whether or not they will be empowered like Billy Batson seems a 50-50 shot at best.

Also note that we have no idea what they would call Mary Marvel and Captain Marvel Jr. in the films. With Captain Marvel's name being changed to Shazam, the other family member's names no longer make much sense. Mary Shazam and Shazam, Jr. are possibilities, but until we hear something official we'll just use their former titles.

With that out of the way, let's get to the casting. 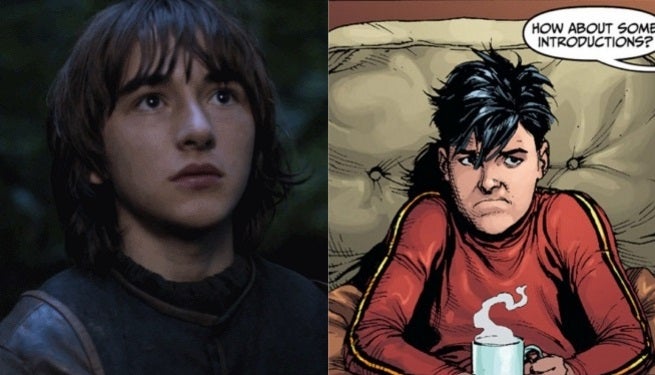 Isaac Hempstead-Wright is primarily known for playing Bran Stark on Game of Thrones. That role entails a lot of being physically helpless and depending on someone much bigger and stronger than himself to help him in times of need. That seems to be about the role he'd play as Billy Batson, except without all of the warging that Bran Stark can do, and this would give him a chance to show that he can act in something other than a fantasy world. 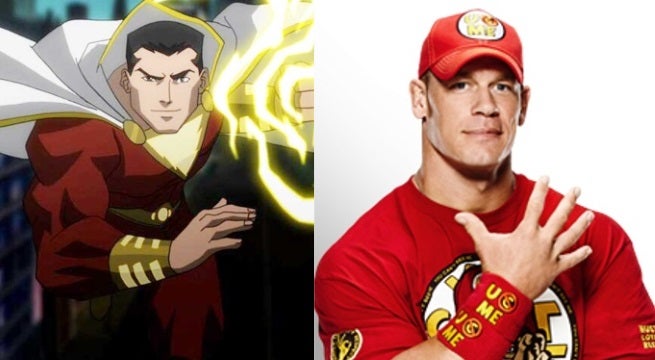 Assuming that The Rock will be Black Adam, which seems to be what he's leaning towards, who could you cast against him? Physically, it's hard not to consider other professional wrestlers. When you think of Captain Marvel, "The Big Red Cheese," you think of that big, smiling face of his. If John Cena has one talent, smiling is certainly it. Grow his hair out a bit, die it black, dress him in red tights, and let him and the Rock go at it on screen. 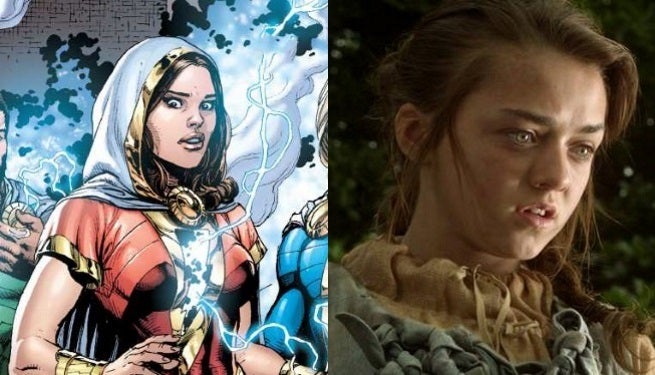 We're going to the same well twice here, but Maisie Williams is just so damn good as Arya Stark on Game of Thrones that it's hard not to consider her for Mary Marvel. Even more so than with Hempstead-Wright, she's got a ton of talent and should really be given the opportunity to show it in a different kind of setting. Arya and Bran don't share very many scenes on Game of Thrones, so it's not like we've seen the two of them together much as it is, but we do know from her scenes with the Hound that she has the acting presence to confidently share a screen with a physically imposing presence like the Rock. 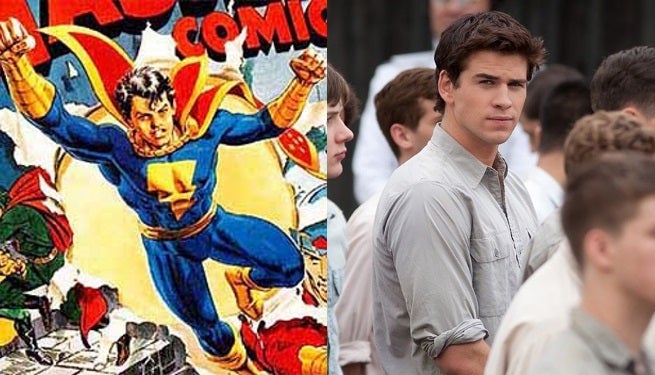 Liam Hemsworth's career trajectory probably has him gunning for a leading role next, rather than being locked into another franchise supporting role, but his time playing Gale in The Hunger Games shows that he has what it takes to play the "older brother" role. The way we envision this is that Hemsworth, as Freddie Freeman, is the older protector of Billy Batson. When Batson becomes Shazam, Freddie struggles with learning to follow Billy, and let Billy do the protecting, and when Freddie eventually becomes Captain Marvel Jr., he has to learn to follow Shazam's lead as a hero. 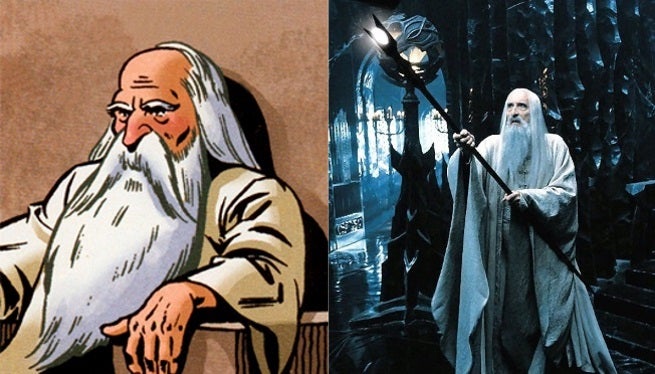 This is an easy one. Have you seen Lord of the Rings? Then no one should actually have to explain to you why Christopher Lee should play the Wizard Shazam. Just think of him as Saruman, but a lot less treacherous, corruptible, and evil. 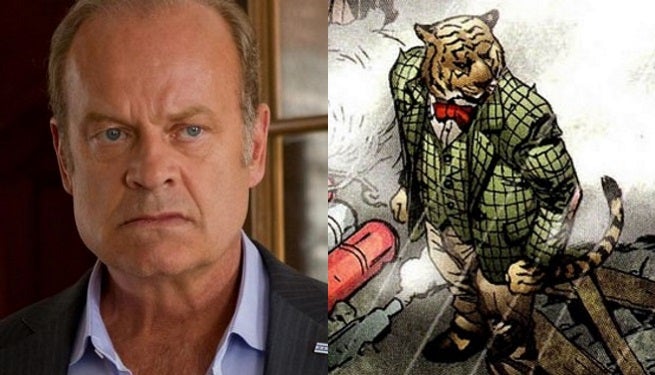 X-Men: The Last Stand was a terrible movie, but Kelsey Grammar as Beast was one of the few things that made sense about it. Grammer brought the needed sense of refinement to his beastly character, and he could probably the same for Shazam's anthropomorphic ally, Mr. Tawky Tawney. 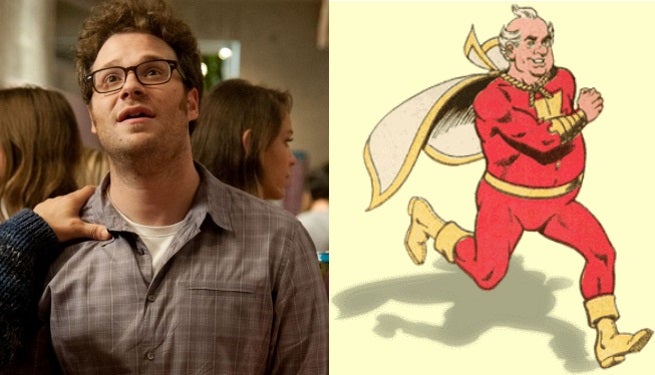 Uncle Marvel is pretty much there for comic relief. Seth Rogen fits that bill as well as anybody, though it's admittedly pretty hard to see him taking such a small role in such a big film. 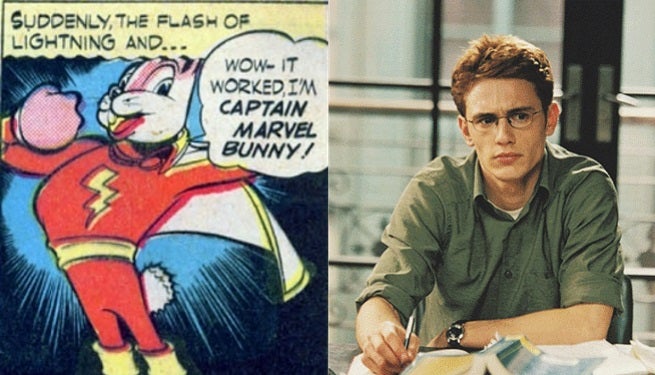 Because you can't have Seth Rogen without James Franco.

Dwayne "The Rock" Johnson's Shazam Movie: Who Will Be The Supporting Cast?