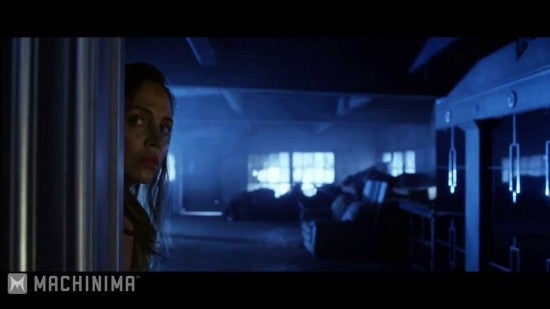 Machinima and Kevin Tancharoen are teaming up again. Following the success of Mortal Kombat: Legacy and Mortal Kombat: Legacy II, Tancharoen is once again delivering quality scripted programming to the Machinima audience. He describes his latest short film, Gable V, as a "sci-fi, futuristic version of The Truman Show." Starring Eliza Dushku, The Gable 5 debuted on Machinima Prime today. You can see it embedded below. In the film, government-funded scientist Professor Gable unearths five people who seem to have special gifts, and seem to be a portent for the next evolutionary step for mankind. If he can harness the source of their gifts, he could use them for the good of mankind, or for evil. We meet one unwitting participant in this nefarious program in our short as she tries to make sense of what is happening to her. 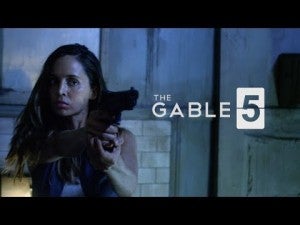 ComicBook.com: What drew you to this project? Eliza Dushku: I think first and foremost Kevin Tancharoen; he's in the Whedon family, which now splits off in so many branches. Kevin is Maurissa's brother, who is married to Jed Whedon who is Joss's little brother and they were both writers on Dollhouse. Maurissa is just a love, she's one of my favorite people. I was familiar with the work that [Kevin] had done on Mortal Kombat, and he's just a star. I really love Kevin, and the idea of doing something with him, after we sat down and talked about what this process was and what this character was and what this world was. The fact that he was partnering with Machinima made it a no-brainer. I'm a big fan of Machinima and as somebody that is interested in different platforms and digital content I can't think of a better partner that I would have as much confidence in to do this right and make this badass. ComicBook.com: You've been playing strong women in action roles for years, and in Hollywood those tend to follow a fairly strict formula. Do you do anything as a performer to help differentiate the different worlds you're inhabiting and the different characters? Dushku: I think the simple answer is that there are just so many versions and colors of badass women in the world and no one is a copy of another in my world. I was at MegaCon this weekend and somebody asked me how I play these badass parts and I say it's sort of in my DNA. Having a feminist mother who surrounded me with feminist women growing up, and having three older brothers and sort of being a tomboy, it wasn't at all strange for me to see the world through an expression of doing whatever the boys can do, being a badass and being able to find strength in vulnerability, or strength in revenge, or strength in passion. So there are so many different colors that i don't think that i ever run the risk of having them feel like a copy. I was raised with three older brothers, I was always in the mix and never sort of told "you're a girl and you can't do that," so as far as being physical and being a fighter and somebody that can scrap with the boys that's been one element of my badass character qualities and then the other element is just having a feminist mother and amazing feminist women I've grown up with in my life that have different nuances and different sources of strength that they'll pull from ComicBook.com: I'm always curious to see how this differs from the studio to the PR to the filmmakers to the stars: What's your personal elevator pitch for The Gable 5? Dushku: There were some parallels with what we had done or attempted to do with Dollhouse, where it's just deconstructing humanity and deconstructing the social and the psychological and the emotional variables that make us do pleasurable things and sometimes scary and awful things. So the idea of, "where does that blend with science?" And  is it possible to deconstruct it to the point of retrieving a gene or something tangible -- that you could in turn find an antidote for and change the way we are scientifically when psychology in some ways doesn't feel as tangible oftentimes -- it's fascinating, and there's so many ways you can go with it. It's something I'm about to enroll back in school to study. I'm interested in sociology and mental health. I work with a nonprofit and have gone with my mother to offer therapy to people who were child soldiers or sex slaves in war and in Northern Uganda and it's fascinating to me how our experiences shape us and how we face adversity from there. As far as an elevator pitch, I think it's that we're deconstructing and taking a closer look at humanity and through these characters, and through the scientist you get a glimpse of it in the short that he has his own child. As a parent when you sort of fail your own child or you can't save your own child it can lead you to obsession or to a place where he wants to figure this out. So he has developed, and spent his life trying to find a way to recreate those emotions and extract them to study them further to change the future and end world war; that's pretty massive stuff to chew on. ComicBook.com: What's your favorite memory, or a defining experience, from your time as part of the kind of "Whedon family" you alluded to before? Dushku: This f--ed up and beautiful family? Like every family? I have that one defining moment every single Comic-Con or fan convention that I attend, when a fan coems up to me and describes -- with the most visceral passionate sort of gratitude -- what it means to people to have experienced through Joss and the Whedon world a sense of being understood, and a sense of, "I was different and this is how i coped with it, and this is how i came to the other side." Joss and the people who work with him have really obviously taken these things that may be a source of shame or a source of pain and that we don't really know how to deal with...and through other people and through these stories and showing the amazing triumphs that come from these things that make us different, it's such a uniting and universal theme and fabric. These fans come up and share their own experiences and it's a defining moment each time a fan shares why the Whedon world has been so important to them because it makes them feel understood, heard, represented, it helps them to face adversity in their own lives. What better reason to do what i do?

In a remote location, a secret facility exists unlike anything the world has ever seen. Run by Dr. Conrad Gable, a renowned neurologist, the facility is years ahead of it's time when it comes to the technology it's using to research the human body. With an unlimited budget backed by a classified department of the government, Dr. Gable's motives appear to be for the greater good of humanity. - The chance to create a drug so powerful it could be used to win every battle, every war, with no casualties. Now all he needs are, 5 test subjects... Directed by Kevin Tancharoen Written by Kevin Tancharoen & Scott Martin Produced by Hayden Roush Produced by Marina Stabile