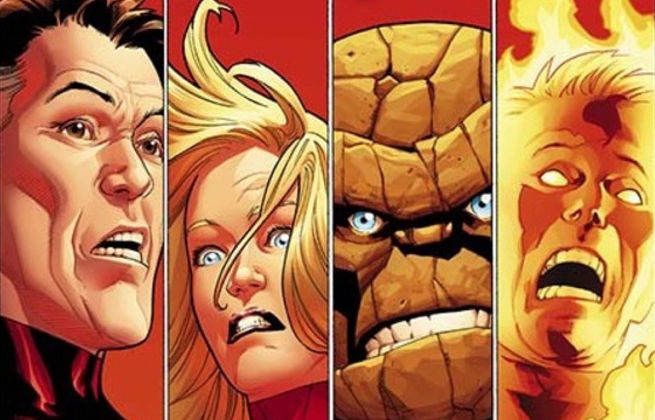 An ongoing rumor in the comic book world has been that Marvel Comics is cancelling the Fantastic Four comic book as a company directive not to support the properties for which Twentieth Century Fox owns the movie rights.

In an executive roundtable earlir this week with The Hollywood Reporter, Disney Studios Chairman Alan Horn and Fox Chairman and CEO Jim Gianopulos addressed the Fantastic Four comic cancellation and whether it had anything to do with Fox's Fantastic Four movie.

When Fox's Gianopulos was asked during the roundtable if he felt Marvel Comics pulling the Fantastic Four comic was an attempt by Disney's Marvel to strangle Fox's Marvel, Gianopulos said, "No, I don't think so. I don't know how that decision came about. The comic was not a huge seller. The Fantastic Four is a very established group of characters, and the film is awesome. Yeah, I think…I don't know how that played into their decision, but it wasn't…the book wasn't selling as well as others." Gianopulos also reiterated that it didn't matter from their perspective.

After Gianopolus finished talking, Disney's Horn chimed in, "Fully independent decision, by the way, I didn't even know about it. I mean, honestly, we don't even [shrugs his shoulders]."