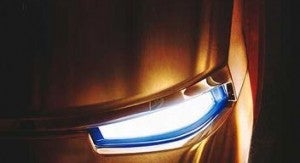 Way back in March, Comicbook.com reported that Iron Man 3 was utilizing the working title Caged Heat. Of course, this news brought lots of jokes about if Iron Man 3 would involve a women's prison. It's still a mystery as to why the name Caged Heat was chosen, as there have been no rumors to suggest Luke Cage is in the movie. Also, most recent plot speculation seems to revolve around the Exremis storyline, which doesn't seem to have any correlation to the name Caged Heat. None the less, Caged Heat is still what those involved in the movie business in Wilmington, North Carolina are calling Iron Man 3, even though virtually everyone knows its Iron Man 3 at this point in time. Tona B. Dahlquist Casting is in charge of extra casting for Caged Heat, and they have recently launched a Facebook page for casting updates. This is the same casting company that worked with casting extras for The Hunger Games, which also filmed in North Carolina. The first official casting call for Caged Heat extras was just announced today, and it will take place in Raleigh, North Carolina. The casting call will be held on Saturday April 14 from 10 AM to 1 PM at Crabtree Valley Mall. A Wilmington, North Carolina casting call will take place on Saturday, April 21, but a location has not been announced yet. Iron Man 3 is scheduled to be released in theaters on May 3, 2013.