In most cases, the original is the best. Look back at films like Jaws or Psycho and there's no question whatsoever that the first film was the best of the lot. But in a creative and financial environment like Hollywood, the temptation is to drive a property into the ground and only stop making more of them when it becomes an economic necessity. Sequels actually tend to make more money, not less, at the box office given that there's no uphill battle to win fans, and the first one--usually out on home video by the time the sequel is in post-production--serves as a kind of promotional tool for the new film. But recently we've been treated to a parade of strange and unnecessary sequels. Films like Tron and Rocky managed to turn out sequels that yielded middling box office returns and lukewarm reviews, while things like Scream 4 have been outright duds. Announcements in the last few weeks that there will be sequels to Twins (this one's called Triplets and has Eddie Murphy) and Dumb and Dumber have combined with the impending release of American Reunion to get us thinking: When is enough, enough? This isn't so much a list of the WORST sequels of all time. In fact, the idea here is to point out the movie where a franchise missed a step and never recovered--where it "jumped the shark," if you will. In some cases, the franchise has been rescued by reboot and in others the offending film really was the last one (at least for now) but in any case, these sequels are the kinds of flicks that make you walk out of the movie theater scratching your head and wondering, "Why did they even make that?". 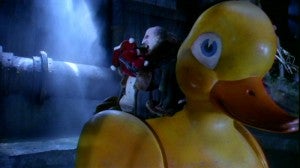 Batman Returns Until Batman Begins, the franchise was poisoned completely by the toxic Batman & Robin and its ugly stepsister, Catwoman. But the infection entered the bloodstream of the franchise all the way back in 1991, when Tim Burton made his second and final film in the franchise. Stepping away from the gothic and semi-realistic feel of the first film, Burton embraced the camp value of the Batman property with a Penguin who drove a giant rubber ducky-mobile and an oddly supernatural take on Catwoman (one that only got worse with age). It may not have been a bad movie in its own right, but it didn't match Batman completely and instead it took the franchise in a decidedly more campy and over-the-top direction, making Batman Forever seem like a real possibility and clearing a path for the disastrous Bat-nipples of Batman & Robin. Superman III 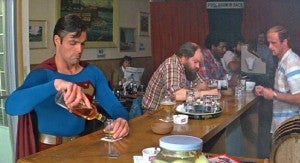 may not have been as good without Richard Donner as it was with him (something we have ample proof of now that his "director's cut" is widely commercially available on home video), but it was a sequel that did justice to the first one and took the franchise in a direction that comic book movies wouldn't really go again until X-Men. Instead of fighting a guy with technology who just happens to know his weakness, or a natural disaster, Superman took on not one but several actual supervillains who stood a possibility of hurting him. It was new ground for live-action superhero films, and for Superman who had spent his entire run on the George Reeves television series ducking the guns thrown at him by petty thugs. Superman III took him right back to the well of "some guy with a computer screwing things up," and stripped both the Superman franchise and villain Richard Pryor of their dignity in the process. It would only get worse from there, with Superman IV: The Quest for Peace poisoning the well for a while and Bryan Singer's Superman Returns utterly failing to revitalize the series. As with Batman, it fell to a total reboot of the franchise in order to save it from itself--and in this case we don't even know the results of that, with Man of Steel set to be released about a year from now. 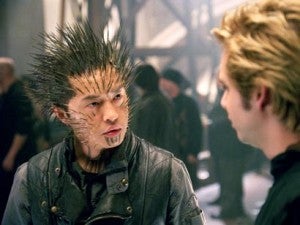 X-Men: The Last Stand After two increasingly awesome films came a third that so spectacularly punted the ball that it left many fans wondering whether there was any future left at all for the X-Men film franchise. When X-Men Origins: Wolverine came around, it was more or less like Batman & Robin. It followed up on a lackluster chapter and while it made a bunch of money, nobody was all that excited about it. The studio rushed to fix the situation, though, and seem to have salvaged the franchise without the use of a reboot. How? By restarting it completely but retaining the continuity of the original films. The X-Men: First Class prequel got generally good reviews and made enough money that a second one is already being greenlit, but don't let the fact that it happens in the past, or that much of its continuity doesn't really make sense with either the comics or the first two films, fool you: the way they handle Mystique clearly suggests that this is a way of keeping what worked about X-Men and X2: X-Men United, without acknowledging the crushing failure of The Last Stand. The strategy has worked so well that Fox is looking to adapt it for use with Wolverine and Deadpool, both of whom are reportedly getting movies that will follow up on the plot beats of X-Men Origins: Wolverine without dwelling enough on it to make the disappointing flick a necessity for fans. 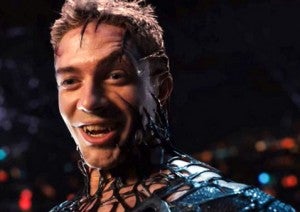 Spider-Man 3 Again, two great films came down the pike, raised expecations and awareness, only to have the rug pulled out from under them by a third installment that just stunk to high heaven. Spider-Man 3 was a noisy mess, something that will find its way onto any number of worst-ever lists and may--especially if Amazing Spider-Man is as great as it looks--forever mar the Raimi franchise in our collective memories. A rumored Venom reboot (in his own film, likely more connected to the current comics than to the Spider-Man films) may help ease some of the pain of '90s comics fans who felt horribly betrayed by Raimi and Eric from That '70s Show, but only time will tell. 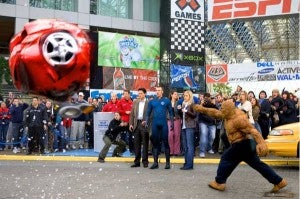 Fantastic 4 Yep, that's right--this franchise was misguided from the start. That can be said of any number of other comics and superhero movies, from Steel to Daredevil, but Fantastic 4 is notable in that it made enough money to justify a sequel and was not widely hated until after that second bomb dropped. Fans had their qualms about the mediocre film and the strange take on their beloved characters, but the perception that it was an outright failure? That didn't come until its sequel, Rise of the Silver Surfer, managed to sink The Fantastic Four and Silver Surfer while turning Galactus into a joke.