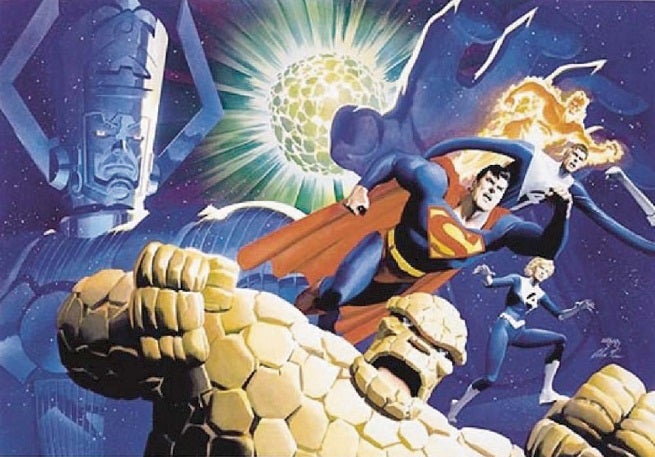 Rupert Murdoch and 21st Century Fox made an attempt to acquire Time Warner for $80 billion, the two corporations confirmed this morning.

The offers was rebuffed, with Warner saying that they didn't believe Fox was in a position to make them a generous enough offer to tempt them into such a merger.

Time Warner said in a statement that the deal would have seen all of its outstanding shares exchanged for a combination of 21st Century Fox stock and $32.42 in cash per share. Their board reportedly rejected the offer after deciding that "continuing to execute [its] strategic plan will create significantly more value for the Company and its stockholders and is superior to any proposal that Twenty-First Century Fox is in a position to offer."

For its part, Fox confirmed the rebuffed offer as well, saying only "We are not currently in any discussions with Time Warner."

If a deal between Time Warner and Fox could be reached, it could have far-reaching implications for comic book properties; currently, Fox has a first-look deal with BOOM! Studios which may be put in jeopardy by the company getting into bed with DC Comics' parent company, obviously, and in terms of mainstream superhero films, it could mean putting the X-Men and Fantastic Four onscreen with Superman and Batman before they ever met Captain America for the first time, which would be...odd.

Whether this could be revisited remains unclear; Warner's phrasing certainly makes it sound like they're not on sale for any price, but we've seen similar talk in the past from companies that ultimately ended up merging.

While in the past, a deal like this might have been considered a logistical near-impossibility, the NBC/Comcast merger has rocked everyone back on their heels in Hollywood and in fact a company as monstrously huge as Fox/Time Warner would be the only competition operating at the size and scale of the reworked Comcast. Nevertheless, regulatory hurdles were one of the factors in Warner's decision not to entertain the offer, according to the New York Times. Part of Fox's proposal would have included selling off Time Warner's CNN to avoid scrutiny over its ownership of Fox News, the cable industry leader where CNN is #2 and nobody else has significant market share.