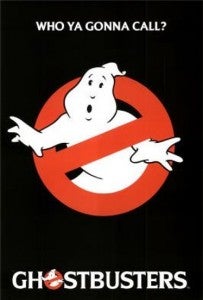 Who you gonna call? It's an unwritten rule in journalism that any story involving Ghostbusters has to lead with the classic catchphrase from the movie, but now that we have that out of the way, it leads into the next part of the story. Apparently, Dan Aykroyd is ready to call someone else besides Bill Murray for Ghostbusters 3. Rumors have circulated for weeks that the Ghostbusters 3 was being held up because Bill Murray showed his disdain for the project by shredding the script. In an interview with Empire Online, Dan Aykroyd denied the script shredding rumors, but he did add that Bill Murray had made clear his position in being involved in Ghostbusters 3 from the beginning. However, all indications were that Dan Aykroyd and the rest of the cast plan to move forward with or without Bill Murray. Aykroyd even indicated that the reclusive Rick Moranis would be involved. According to Aykroyd, "None of us would want to do the movie without having him as a participant." So what are your thoughts on Ghostbusters 3 without Bill Murray? Would you still go to see the movie if all the other major players were involved? Or would Ghostbusters be better off rebooting with a completely new cast?

Ghostbusters 3 Could Happen Without Bill Murray