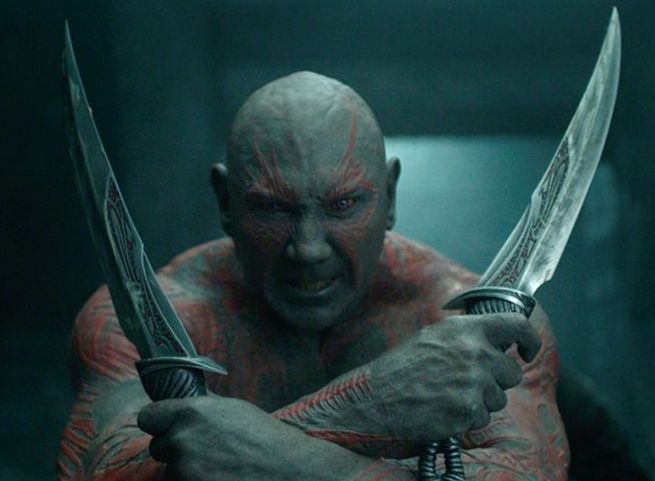 The real break-out superstar of Guardians of the Galaxy is Dave Bautista. Before Guardians of the Galaxy, Dave Bautista was known mainly as a wrestling star, having only been cast in minor movie and TV roles. When it was rumored that the more experienced actor Jason Momoa had passed on the role of Drax the Detroyer, many in the press reported it as if Marvel Studios was just settling for Bautista.

After watching Bautista's performance in Guardians of the Galaxy, it is obvious that Marvel Studios did not settle for Bautista. Director James Gunn cast the most perfect actor possible for the role of Drax the Detroyer. In fact, Bautista defines the role of Drax in the same way that Robert Downey Jr. defined Tony Stark. After seeing Bautista play Drax, we can't imagine any other actor ever playing the role.

Bautista landed a role, where he was surrounded by experienced and talented actors. Among the likes of Zoe Saldana, Chris Pratt, Vin Diesel, Bradley Cooper, Glenn Close, Karen Gillan, and John C. Reilly, Bautista not only held his own, but he shined in his role, delivering some of the funniest and most profound moments in the film. The delivery of his lines, his facial expressions, and his comedic timing was perfection.