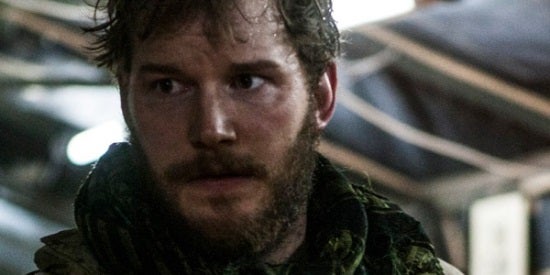 In a new interview with MTV, Guardians of the Galaxy actor Chris Pratt said that he was incredibly excited to get the lead role in Jurassic World, once again confirming the long-rumored casting that Ron Howard, the producer and father of his co-star Bryce Dallas Howard, inadvertently seemed to confirm at the Golden Globes. "What I liked about it was--it answers the question of 'Why would you do that?' How do you suspend disbelief to say 'Oh, yes. Let's make this mistake again! We haven't learned our lesson about dinosaurs; we should definitely live with them and see how that works out!' After like three tries with it," the actor explained. "They answer the question really well through this script. Colin did a great job of writing it, justifying it, in his own way having fun with that and so anybody who goes in with that question will be really amused the way I was about how they answer that. He's got a great vision for the movie--his movie Safety Not Guaranteed, I thought he did a really great job. It's awesome that Steven Spielberg is taking a chance on this guy becuase he's got a really clear vision. We talked about it; I sat down with him and it was kind of like with me and James [Gunn, director of Guardians of the Galaxy]; we just kind of started getting excited about this and in the back of my mind, I was like, 'Dude! This is going to happen! They want you to do this movie!'" He went on to say that his character is a combination of Jeff Goldblum's and Sam Neil's characters from the first film. You can check out the video, with more comments and a better sense of the excitement and humor, below.