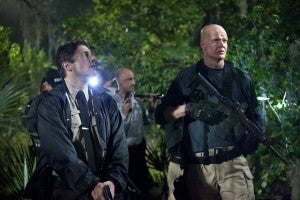 Just in time for Halloween, Dark Sky Films have released a batch of still photos from their upcoming movie Hatchet 3, starring onetime Friday the 13th antagonist Kane Hodder. Directed by BJ McDonnell, who worked on the camera crew for Abraham Lincoln: Vampire Hunter, the film was written and executive produced by Adam Green, who created the franchise and directed the first two films. 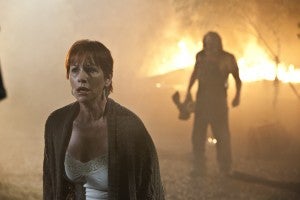 The movie doesn't have a release date yet, but stars Hodder and Danielle Harris return from Hatchet 2, which was the first unrated, independent horror film in more than two decades to be exhibited by a major national theater chain when it was released. Joining them are Friday the 13th veteran Derek Mears, Texas Chainsaw Massacre 2's Caroline Williams and Sean Whalen, who is presumably no relation to Raging Bullets podcaster Sean Whelan. 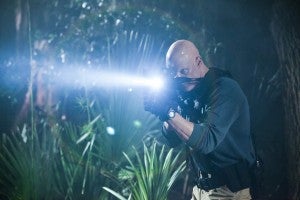