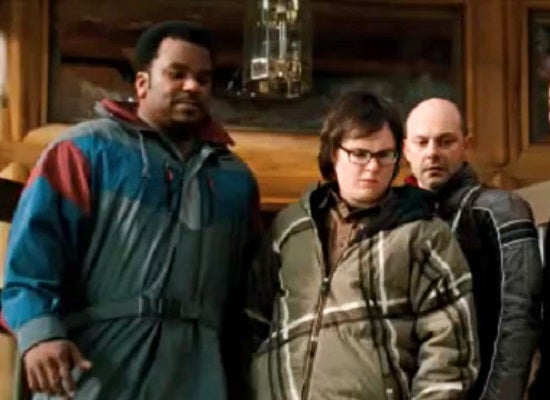 MGM and Paramount Pictures announced today that their upcoming film Hot Tub Time Machine 2 will be released on Christmas Day 2014. The film, a sequel to 2010's Hot Tub Time Machine, will bring back much of the original cast (except John Cusack, in spite of the involvement of his frequent collaborator Steve Pink, who directs the sequel) for a story in which they fire up the hot tub time machine in an attempt to get back to the past. Instead, they inadvertently land in the future. Now they have to alter the future in order to save the past — which is really the present. Confused, yet? Well, that's time-travel for you. Rob Corddry, Craig Robinson, and Clark Duke return for the sequel, along with Steve Pink who directs from a screenplay by Josh Heald. The first movie grossed only $50 million in theaters but has become a cult hit and has performed strongly on the home video market, meaning that a low-budget sequel seemed like a great idea--especially for the cash-strapped MGM, who have little but their licensed properties to work with. The studio is currently developing more James Bond and Bill and Ted movies, among others. It will be interesting to see what the lack of Cusack does for the film; while Robinson and Corddry are both fairly marketable actors in their own right, it was Cusack's provenance as an '80s comedy icon that really gave the '80s-themed Hot Tub Time Machine a lot of its wink-wink-nudge-nudge moments. Without him, audiences may not respond the same way.