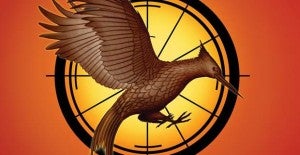 Now that original co-writer and director Gary Ross is officially out of the running for Catching Fire, the sequel to his mega-hit The Hunger Games, it's time to start speculating as to who might get the job. The studio reportedly hasn't changed its position that it wants to get the film shot in the next year or so, which means getting somebody fast. But Ross left, citing problems with the timetable that he felt wouldn't allow him to make the movie he wanted to, which suggests that they also have to find someone who's a "get," because otherwise if Catching Fire doesn't blow up the way The Hunger Games did it could be bad for the franchise and embarrassing for LionsGate. If it were us working with the presumably pretty unlimited checkbook that the studio has to make the next one happen, who would we pick? Well... Patty Jenkins Having dropped out of Thor 2, it's clear that Jenkins may not rush right back into a major tentpole franchise--but she's a tremendously skilled action director with a great grasp of character, and it would be hard to argue with a female director with award wins or nominations from the Independent Spirit to the Director's Guild already under her belt is a good fit for the franchise. Also, having directed both the series pilot and (announced, but not yet completed) the second season finale of AMC's The Killing, Jenkins has established her "violent, moody cult hit" street cred. David Fincher Okay, so he's an R-rated guy. The Hunger Games is an R-rated concept, and if Ross (clearly a lesser director than Fincher by almost any objective measure) could make the concept work as a PG-13 movie, you can bet your ass that the guy who made The Girl With the Dragon Tattoo and "The Facebook Movie" (The Social Network) into clever, classy films can make this one work. Besides which, one of the things you always worry about when adapting a cult-favorite book is that the movie won't do it justice. Fincher, meanwhile, has adapted one of the great cult hits of the last twenty years--Fight Club, the film of which has quality far exceeding its source material. Alfonso Cuarón His visually fantastic take on the Harry Potter franchise, along with his attention to detail and characterization with teen/young adult actors, showed that he's arguably the most obvious choice on this list to take over something like the Hunger Games franchise. He's one of the most technically-proficient directors in film right now who has historically shown himself willing and able to attach himself to a franchise and make the changes to his M.O. necessary to make the film work and remain true to the property. Meanwhile, his own films, particularly Children of Men, have proven that he can do dystopian and depressing without allowing it to descend into bleakness or wallow in misery better than just about anybody. 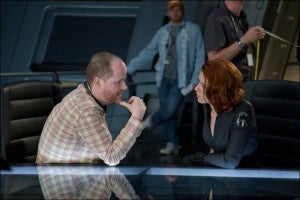 Joss Whedon He's got a rabid fanbase, experience working with strong female leads, an eye for both fight choreography and dialog and will probably end this summer as the writer/director of one of the highest-grossing films of all time. Also, having worked in television, he's familiar with how to tell and intense story but keep it PG-13. The only potential downside to Whedon is that he's an auteur and may be tempted to put his own stamp on the film, but if early reports are any indication, he's done that with The Avengers without losing any of what made the property or the characters work before he got there. He might be the perfect choice. Kinji Fukasaku Why not? He's already done it once.

Hunger Games: Five Directors Who Could Do the Job