The Mandarin also comes across as a similar villain to Bane in that he appears to be sort of a terrorist. In the Iron Man 3 trailer, The Mandarin says, "Ladies, children, sheep…some people call me a terrorist. I consider myself a teacher. Lesson number one: heroes, there is no such thing." It sounds very similar to something that Bane would say. The Iron Man 3 trailer even includes a scene of an airplane being torn apart in the sky and people falling from it. The scene is a little similar to when Bane's henchmen hijack and tear apart a plane in midair. So what do you think? Is Iron Man 3 channeling The Dark Knight Rises? 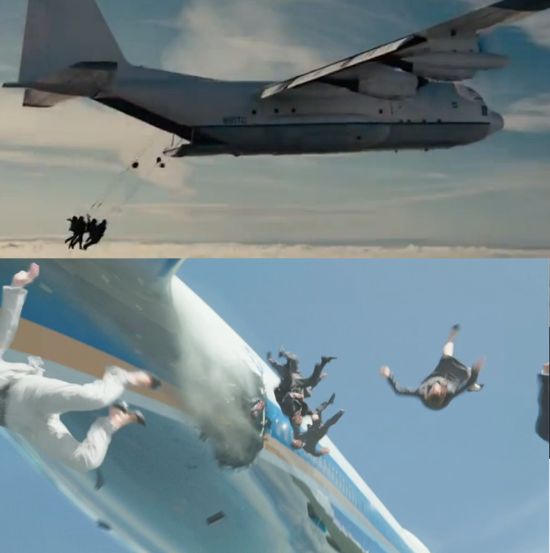