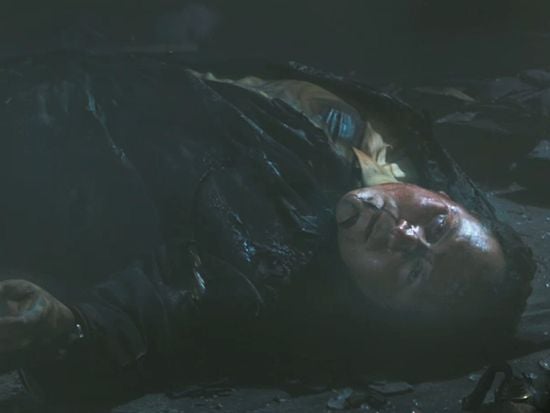 The Iron Man 3 trailer has given comic book fans plenty to talk about. From the Stark bunny to rumors of a Hulk cameo to The Mandarin's Captain America tattoo, there were several potential easter eggs. Of course, the one scene that might have the most real impact on the movie only appears for a fleeting second. Major characters getting killed off has always been a central motivating force in many a superhero comic book or movie. A central plot point of The Avengers was that Agent Coulson was killed by Loki, thus providing the heroes with something to avenge. Could Marvel Studios be looking to recapture the magic (and the box office dollars) of The Avengers with a similar plot point in Iron Man 3? In the Iron Man 3 trailer, there is one brief moment of Happy Hogan, who appears to be badly injured. The image of a bleeding and bruised Happy Hogan, lying flat on his back, certainly suggests that death might be imminent for the character. What makes the possible death of Happy Hogan seem all the more likely is that the character is played by Jon Favreau, who was the director of the first two Iron Man movies. As a successful director, it's doubtful that Favreau wants to continue playing a minor role in a film series he is no longer directing. It would be an ironic twist and an awesome in-joke for fans for the director of the first two Iron Man movies to be killed off in Iron Man 3.