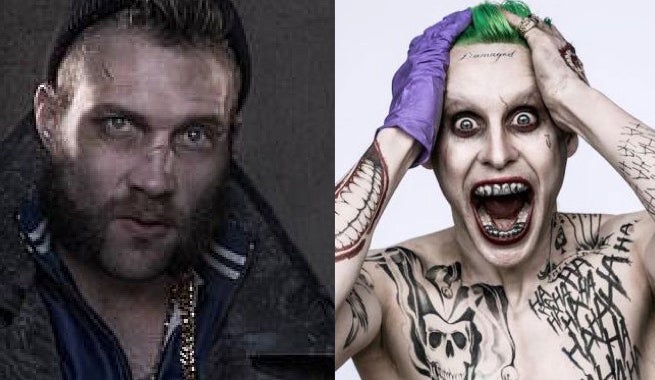 It seems that Jared Leto is growing just as insane as Joker for Suicide Squad.

Leto, who is currently filming the Clown Prince of Crime on Squad's set, is apparently staying in character even when the cameras have stopped rolling. According co-star Jai Courtney, who plays Squad member Boomerang, Leto's acting style is skirting around the fringes of "method" acting, in which the actor truly inhabits the character for the entire production time.

"I don't know how you measure that these days. I haven't seen him, since we started working, out-of-character, let's put it that way," Courtney told MTVNews.

Following in the footsteps of Heath Ledger and his Oscar-winning performance as the Joker, Leto obviously has some big clown shoes to fill. It's a heavy burden that everyone on-set recognizes, according to Courtney. But so far, the big-screen Boomerang is impressed with what Leto's produced.

"I don't think any of us are naïve to the pressure he's under," Courtney said. "It's not something I've talked about with him, but I've seen him working and it's cool, man."

Until any official footage is released, we'll just have to imagine the sort of insanity Leto is conjuring up for Suicide Squad. The film hits theaters on August 5, 2016.

Are you excited to see Jared Leto's Joker? Let us know in the comments!