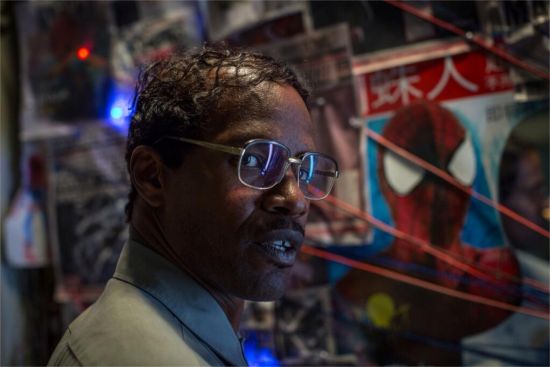 During the NFL on Fox's Super Bowl XLVIII Pre-Game show, Fox's Charissa Thompson talked with Amazing Spider-Man 2's Jamie Foxx. Thompson mentioned that Foxx played football in high school. Thompson attempted to call Foxx by his football name of "Steamin' Willie Beamen," but it sounded like she called him "Semen Willie Beamen" instead. As far as who he was rooting for in the Super bowl, Foxx said, "You know what, I'm so happy that Peyton Manning has gotten to where he's going, but I'm going with Seattle." At the end of the interview, Thompson asked Foxx for a Richard Sherman impersonation. Check out Foxx channeling the Seattle Seahawks corner in the video below. The Amazing Spider-Man 2 is scheduled to be released in movie theaters on May 2, 2014.