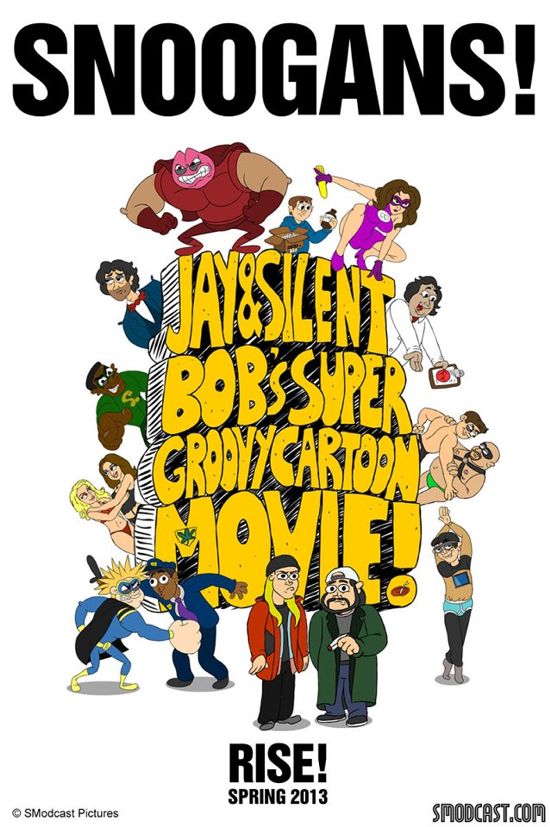 Kevin Smith and Jay Mewes provide commentary and background on Jay & Silent Bob's Super Groovy Cartoon Movie, in a trailer that's only mostly trailer, since you get a full minute into the three-minute video before you see a single frame from the flick. Fans of Smith's raunchy, pot-addled duo will likely find much to be enthusiastic about in the trailer, which gives a look at Bluntman and Chronic, Dante and Randal, the Quick Stop and even RST Video (which, yes, is still in business in the movie, even though Yelp indicates that it isn't in the real world). The animation itself leaves a bit to be desired, as a comparably small production budget and an Internet-based animator seem to have set Jay and Bob up in a world populated by the same flash animation that populates fan videos all over the Internet...but that will likely be forgiven by fans eager to see the pair suit up as superheroes and square off against supervillains. Yep. Check out the official summary and trailer below.