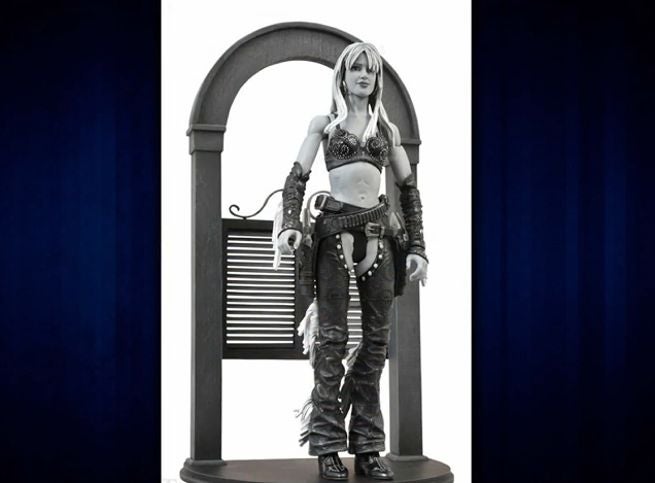 On Tuesday night's CONAN show, Jessica Alba appeared to promote her upcoming movie Sin City: A Dame to Kill For. However, Conan O'Brien raised some concerns about the action figure for Alba's Nancy Callahan character.

"When I think action figures, I think it's for the kids," said Conan. "And then you think who's running…you know, no kid's supposed to have that action figure."

Alba conceded, "It's a little inappropriate. Yeah, I think this is an adult action figure. Especially when you see the back side."

Alba also told Conan that she's had a few action figures, including one for Dark Angel, one for Fantastic Four, and one for the first Sin City movie.

"I have them in storage. It's weird I think to have them around the house," said Alba.