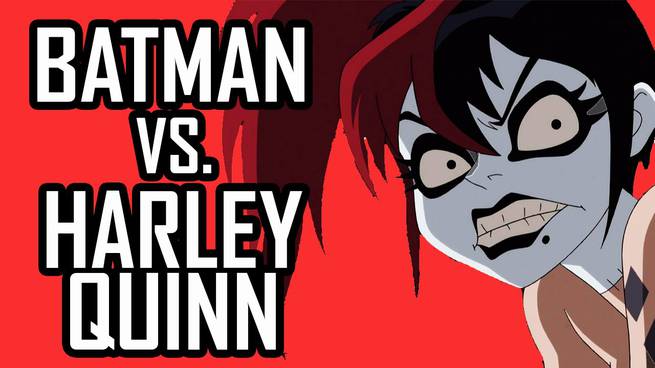 The episode, which runs about five minutes, features the Gods and Monsters version of Batman, who those in the know will understand to be Kirk Langstrom, the Man-Bat of the standard DC Universe.

This version of Batman is also a vampire -- something that not everyone apparently knows, as the Harley Quinn of the Gods and Monsters universe learns it in this episode.

What doesn't the audience learn? Well...much else. This episode is all-Batman (and Harley), all the time. No reimagined Superman or Wonder Woman in sight just yet.

You can see the episode below.

Justice League: Gods and Monsters Chronicles turns the DC Universe upside-down. In this dark, alternate world, telling the good guys from the bad guys is never easy: Superman is not the son of Jor-El, he's the son of General Zod; Wonder Woman is not from peaceful Themyscira, but rather the warring nation of Ares; and Batman is more vampire-bat than man…and he's not Bruce Wayne. It is unclear if our greatest heroes are here to protect us...or to rule us.

Machinima has already announced a second season, which will come out in 2016.