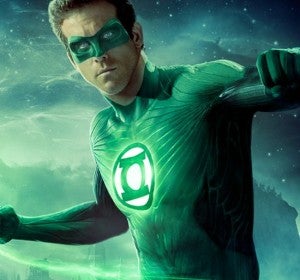 It seems like almost every week there is a new rumor about a Justice League movie from Warner Bros. Even though many have reported that a Justice League movie is in the planning stages to be released in 2015, there has been virtually nothing in the way of official information from Warner Bros. Most have assumed that a Justice League movie is dependent on the success of Man of Steel. If Man of Steel proves to be the hit that everyone expects it to be, then Henry Cavill would almost certainly reprise his role of Superman in a Justice League movie. As far as Batman, most speculation indicates that Christian Bale is done playing Batman and that role would be recast. However, another big question mark is would Ryan Reynolds reprise his role as Green Lantern or would Warner Bros. elect to recast or use a different version of Green Lantern. In an extensive podcast with Empire Online, Ryan Reynolds himself weighed in on the possibility of a Justice League movie. When asked if anyone had called him about a Justice League movie, Ryan Reyolds said, "Not yet. I don't know. If you're gonna do comic book movies in that vein, you really have to get them right. I believe that Joss Whedon is the guy that just nails it and Christopher Nolan obviously nails it. So if they were gonna do it like that, it would be an interesting thing to do. It's just that... working on Green Lantern, I saw how difficult it is make that concept palatable, and how confused it all can be when you don't really know exactly where you're going with it or you don't really know how to access that world properly - that world comic book fans have been accessing for decades and falling in love with. So at this point I have very little interest in joining that kind of world. But, you know, a great script and a good director can always turn that around." So it sounds like Ryan Reynolds has very little interest in a Justice League movie, unless Warner Bros. manages to land either Joss Whedon or Christopher Nolan to direct. Since Joss Whedon is under exclusive contract with Disney, he's out. And Christopher Nolan has previously stated he's done with Batman movies and not involved with Justice League, but he could always change his mind.