With Batman V Superman: Dawn of Justice leading (directly?) into Justice League, one of the most common complaints that fans have is that they're "rushing it."

That is, fans would prefer Warner Bros. take the Marvel Studios model and establish each of the characters as a stand-alone element before attempting to mash them up in a team-up film.

The claim is that a Justice League that sees only three established characters thrown in with four strangers will inevitably be too backstory-heavy, too confusing and just plain too cluttered. There isn't enough time, the complaint goes, to establish something as big as the Justice League in just three movies (Man of Steel, Batman V Superman and Justice League).

This is not a particularly compelling argument. 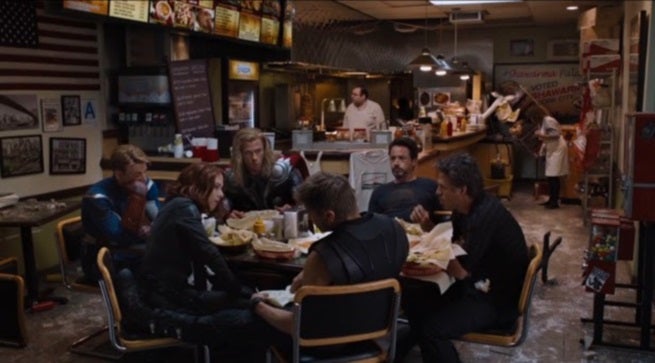 First of all, Marvel had established Thor, Captain America and Iron Man very well by the time The Avengers came along, and both Black Widowand Hulk were known quantities, the fact that Hulk's movies are all but ignored makes it harder to lump him in with the headliners, and Widow's appearance in Iron Man 2 was fairly one-dimensional. In both cases, they were fresh enough that fans had some context for the characters, but there was more time spent developing them than just about any other single character save Loki or Robert Downey, Jr. Iron Man.

Hawkeye, of course, got almost no development in either Thor or The Avengers, although they did make an attempt in tying him to Black Widow's tortured past.

That film hung together on the strength of the group dynamic, the performances and the chemistry of the cast. It wasn't hurt by the fact that there was a background awareness of many of the characters on the part of the audience, but in the case of Batman or Green Lantern, that can come just as easily from previous screen iterations (which may not be entirely accurate but will tell you everything you need to know).

Many of these characters come with their own cultural profile. People already know stuff about them, and some -- perish the thought -- have even read comics before. 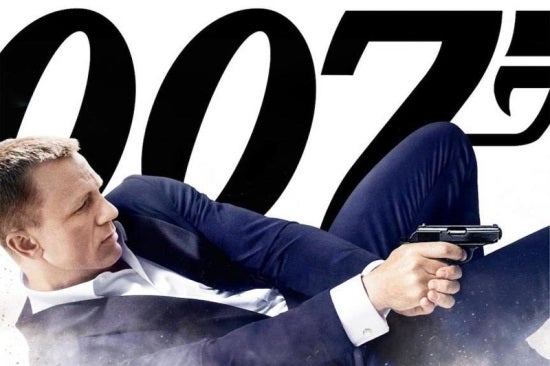 So, yeah. That's not really a fair way to couch an argument; you shouldn't need to have outside experience in order to understand and enjoy a movie (although one could argue that it's fairly common, since each new Bond doesn't spend a lot of time telling us all about his tortured childhood and how he got to be Bond).

Regular reader and commentery Joe Kalicki said something the other week that really stuck with me, though, and it seemed worth exploring a bit. I filed it away, and after a couple of weeks (and the death of The Magnificent Seven's Eli Wallach this week to get me going again), I decided that I had no particularly compelling argument against his remarks.

"Movies like The Magnificent Seven introduce and fully develop many characters within a runtime, and they don't even have people's previous non-movie experience with the characters to draw on," Kalicki noted.

See also Ocean's Eleven, where even though there are two or three clear "leaders," each of the characters gets enough definition to be distinct in spite of the absurd number of leads. Or The Expendables. This isn't a new phenomenon. 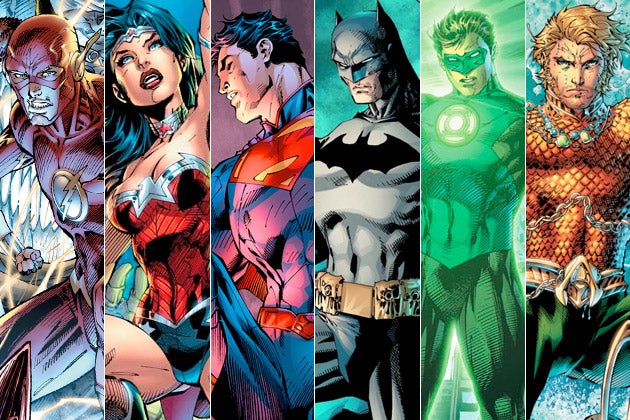 Aquaman? He's the leader of an undersea kingdom who will probably come to the surface world because he's upset about something to do with the environment. Cyborg? We'll likely see his origin play out onscreeen, but even if not...his dad works at a government super-science facility where they turned him into a powerful cyborg to save his life after a near-fatal accident. Flash can run really fast and use his speed to do cool stuff. He'll have a TV show by then, so it will be fairly easy to undrestand how that works. Green Lantern's ring really just kind of started...working in the comics. It wasn't until later that we discovered its origins, beyond the initial "dying alien" thing.

None of these guys need a whole movie to set them up.Done right, a Justice League movie, especially one made after at least Batman, Superman and Wonder Woman (and possibly Cyborg and Aquaman) are introduced, should be just fine.

Done wrong? Well, if it's done wrong, then having the full complement of Leaguers wasn't their biggest problem.

This goes for Batman V Superman: Dawn of Justice, too. the "Too many characters" complaint is one that I won't totally dismiss -- we've seen a lot of very bad superhero movies derailed by too much going on and it usually happens when a previously-intimate franchise expands too much. But it's not as though Man of Steel was an arthouse picture to begin with. There were six characters important enough to be "major" and then a pair of subplots running pretty much at all times. Man of Steel owes as much or more to the X-Men school of superhero movies than it does to The Avengers, and while the X-Men films have been criticized from time to time for failing to really spotlight all of the characters, they do a pretty respectable job balancing the major ones. About as well as we got in The Avengers. And, like Man of Steel, they do so with more than one villain.

Justice League Movie: Why The Most Common Complaint Online is Pretty Much Nonsense