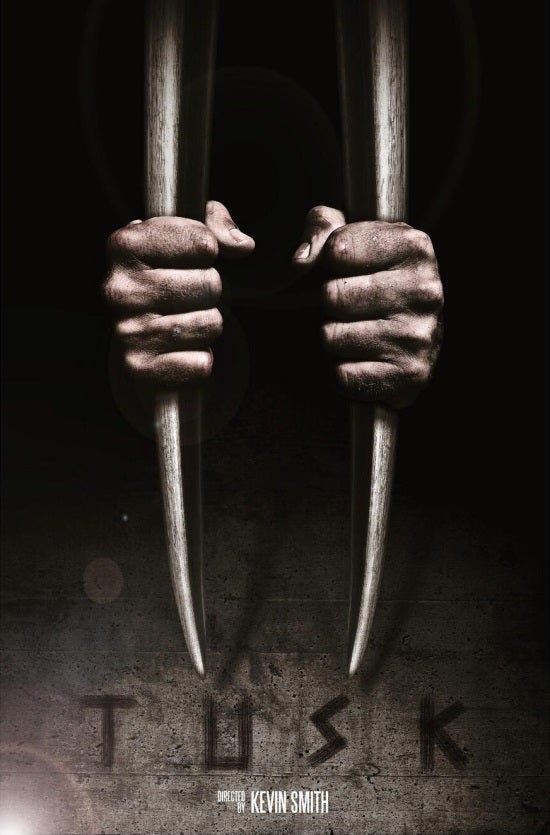 In celebrating the actor's birthday, Kevin Smith posted a picture of Justin Long on the set of Tusk to Instagram. In the photo, long seems to be in pretty bad shape. His mouth is a bloody mess and his arms have been sewn to his side, all using practical effects of course. Tusk is Smith's upcoming horror film based on a story from a SModcast episode. Long plays Wallace Bryton, who goes missing while interviewing a strange seafarer named Mr. Howe (Michael Parks). Bryton's best friend and podcast co-host (Haley Joel Osment) teams up with his girlfriend (Génesis Rodríguez) to find him. Tusk is expected to hit theaters later in 2014.