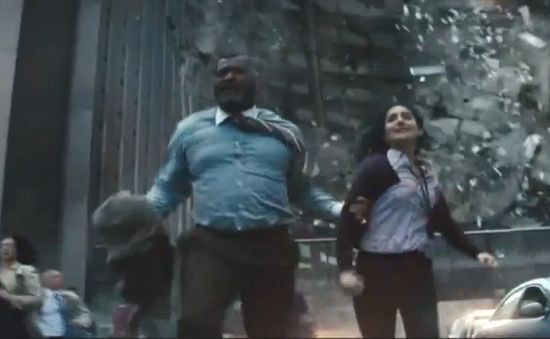 The Man of Steel will be Warner Bros. second reboot of the Superman movie franchise. While comic book fans have experienced tweaks to Superman and his supporting cast throughout the years, the general public might be surprised when they first discover some of the changes that have been made in the latest Superman reboot. Here are the five biggest appearance changes from the classic Superman mythology that will take place in Man of Steel. 5. Lois Lane Is A Redhead – When Amy Adams was cast in the role of Lois Lane everyone wondered if she might be dyeing her hand. Despite the fact that Lois Lane traditionally has black hair, Amy Adams  is sticking with her redhead look. Some fans have complained Amy Adams looks more like Lana Lang than Lois Lane. 4. Lana Lang Is A Brunette – Speaking of the most famous female redhead in Superman's life, the young Lana Lang will be played by actress Jadin Gould, who is a brunette. We're guessing with Lois Lane now a redhead, director Zack Snyder had to go with a brunette Lana Lang to keep the audience from getting confused. 3. Jimmy Olsen Is A Woman – When the casting list for Man of Steel started to leak out everyone was wondering where Superman's Pal Jimmy Olsen was. It turns out Jimmy appears to have gone through a movie-based sex change and is now none other than Jenny Olsen.  And of course, Rebecca Buller who plays Jenny Olsen is a brunette so Jimmy Olsen's familiar red hair is out as well. 2. No Red Tights For Superman – With both Lana Lang and Jimmy/Jenny Olsen losing their red hair, it shouldn't come as a surprise that Superman should lose something red as well. In the Man of Steel, Superman's familiar red tights are gone, leaving him with an all blue pants look. Of course, fans can't blame director Zack Snyder for this one, as the change was made in the comic books as part of DC Comics New 52 re-launch. 1. Perry White Is Black – Finally, a change that doesn't involve the color red. Daily Planet editor-in-chief Perry White has traditionally been portrayed in the comic books as a white male. However, African-American actor Laurence Fishburne was cast in the role of Perry White in the Man of Steel. And if Zack Snyder didn't make Amy Adams dye her hair for the role, he sure wasn't going to make Laurence Fishburne go whiteface.