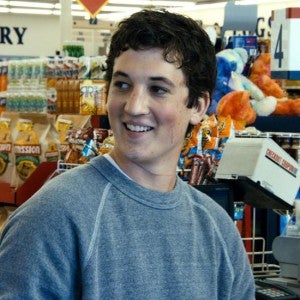 Earlier this month, a rumor surfaced that Miles Teller was up for the role of Mr. Fantastic in the Fantastic Four movie. However, the rumor was denied by none other than Fantastic Four director Josh Trank himself. Despite Trank's denials, MTV decided to put the question to Miles Teller, who took the opportunity to express his desire to play a superhero or Han Solo. Teller said, "I don't know. I have no idea. I mean I think at some point you just have to play a superhero. I just think that's the world that we're living in right now. So they're getting snatched up left and right. I would love to be in Fantastic Four. That would be something I would be very proud to be a part of and happy to do." Teller added, "But as far as this whole rumor thing, I don't know. I was putting the rumor out there for Han Solo. I don't think that's going to happen. I had an audition. It went pretty well, but I don't think that's going to happen." When MTV pressed if Teller really had an audition for Han Solo, Teller replied, "I don't know if it's…it's all under wraps, ok. But I'm at an age right now where you can I guess play…start a superhero, because then I can play him for the next ten years because I look pretty young." Check out the MTV video below for the full interview. Teller had a big smile when talking about the Han Solo audition, so we're pretty sure he was joking, but who knows at this point what's going on with Star Wars.

Miles Teller Would Love To Be In Fantasic Four, Claims To Have Auditioned For Han Solo